Welcome to the first Inbox of 2018.  We hope that you all had a great time over the festive period. We certainly did and are well rested and ready to bring you more whisky news and reviews in the coming year, which will see us celebrate our 10th year of blogging.

For those new to WFE, Inbox is our weekly round up of whisky news and PR material that has found its way in to our email inbox. It was created as we cannot write full articles or do justice to every piece received. It features items from around the world of whisky and is published by us each Friday. 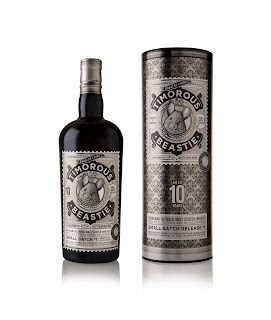 Douglas Laing
The independent whisky bottler of Douglas Laing & Co wasted no time and were the first to announce a new product for 2018 - the Timorous Beastie 10 years old. The new bottling is a limited edition expression of its popular Highland blended malt. It is bottled at 46.8% ABV and is of natural colour and non chill-filtered.

As with the original Timorous Beastie and subsequent limited editions, the new 10 years old is made using only single malts that are distilled in the Highlands of Scotland. No indication of the number of bottles was given in the press release. It is available via selected specialist whisky retailers and www.douglaslaing.com. The price is £35 per bottle. 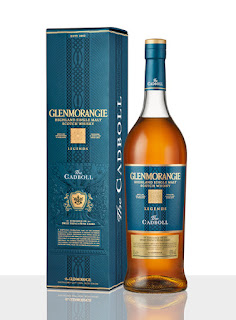 Glenmorangie
The famous north Highland distillery of Glenmorangie have announced the latest permanent addition to their travel retail exclusive Legends Collection - the Glenmorangie Cadboll. The whisky takes its name from The Cadboll Cup, a 16th century wine goblet owned by the MacLeods of Cadboll. They built Glenmorangie House (then known as Cadboll House), which still stands close to the distillery today. It has been created by Dr. Bill Lumsden - the Director of Distilling, Whisky Creation & Whisky Stocks at Glenmorangie.

Glenmorangie Cadboll has been matured in ex-bourbon casks before being transferred for extra maturation time in casks that have previously held sweet French wines including Muscat and Semillon. It joins the Duthac, Tarlogan and Tayne expressions in the Legends Collection. Cadboll is bottled at 43% ABV and will retail at £75 a bottle.

"Glenmorangie Cadboll is our sumptuous celebration of The Cadboll Cup's marriage of Highland and continental design. I hope the travelling connoisseur will enjoy this sweet tribute to our homeland’s heritage."
Dr. Bill Lumsden. 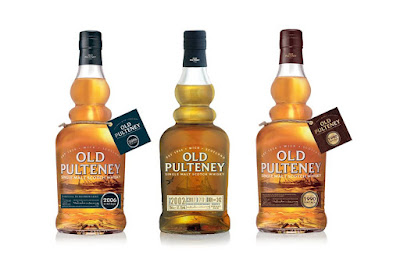 The north Highland distillery of Pulteney has announced the release of three new single malt expressions that will be exclusive to the travel retail sector - the Old Pulteney 2002 Single Cask #717, the 1990 Vintage and the 2006 Vintage. The 2002 Single Cask #717 is exclusive to those visitors attending the Cinderella Whisky Fair, which is currently on in Sweden. This is a single ex-bourbon American oak cask that is bottled at 58.2% ABV and will retail for SEK 1299 (£118).

The 1990 Vintage has spent the majority of its maturation in ex-bourbon American oak casks before being transferred to Spanish oak barrels and then a brief spell in casks that had previously held a heavily peated whisky. It is bottled at 46% ABV and will cost £288 a bottle.

The 2006 Vintage has been matured for 11 years in ex-bourbon American oak casks and is bottled at 46% ABV. The recommended retail price is £55. All three bottlings are non chill-filtered and of natural colour. The 1990 and 2006 Vintages will be available shortly via the travel retail sector globally.

posted by Whisky For Everyone at 4:09 PM