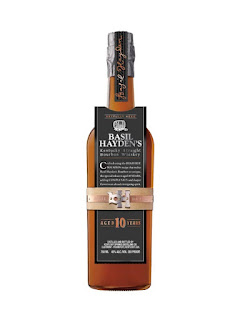 Basil Hayden's
The super-premium bourbon brand of Basil Hayden's has announced a limited edition extra-aged expression - the Basil Hayden's 10 years old. The whiskey uses spirit made with Basil Hayden's trademark high rye content, which has then been aged significantly longer in American oak barrels than other core expressions. It has been bottled at 40% ABV (80 Proof) and is presented in the brand's premium black labeled packaging. The 10 years old will be available throughout the USA and will cost $60 per bottle. Further info can be found at www.basilhaydens.com. 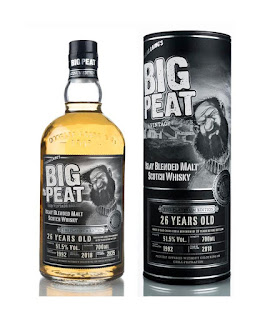 Douglas Laing
The prolific family-owned independent bottler Douglas Laing & Co. are rounding off their 70th anniversary celebrations and a productive year with the release of two Platinum bottlings - the Big Peat Platinum 26 years old and the XOP Platinum Port Ellen 1982 Vintage. The limited edition of Big Peat (pictured, left) is, as always. created from Islay single malts. It is the second bottling in a special trilogy of the cult blended malt. There are just 3,000 bottles and they are released at the natural cask strength of 51.5% ABV. Each bottle will cost £175. 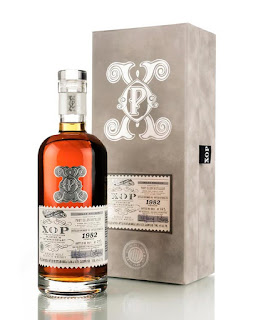 The XOP (Xtra Old Particular) Port Ellen (pictured, right) was distilled at the legendary Islay distillery in 1982, one year before it closed. The single cask, which was selected by company owner Fred Laing and his daughter Cara Laing - the Director of Whisky, has yielded just 273 bottles and is also released at the natural cask strength of 54.5% ABV. Each bottle will cost £1,950. Both special whiskies will be available in selected specialist whisky stores in Asia, Europe and the UK. Further details on both can be found at www.douglaslaing.com. 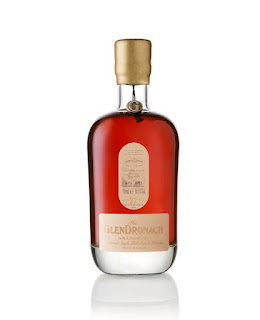 GlenDronach
The Aberdeenshire distillery of GlenDronach has announced the tenth edition of their Grandeur series. The whisky has been created by Rachel Barrie, the Master Blender for the distillery, and she has combined liquids with a minimum age of 27 years. These have been matured in ex-Oloroso and ex-Pedro Ximenez sherry butts and puncheons. The Grandeur Batch 10 is released at the natural cask strength of 50.1% ABV and there are just 2,293 bottles in the batch. These will cost £449 each and will be available in specialist whisky retailers worldwide.

"Quietly maturing for over 27 years in the darkness of our dunnage warehouses, the Grandeur Batch 10 is a symphony of depth and mellow maturity, reminiscent of times gone by and celebrates the robust, full- bodied style of the GlenDronach distillery."
Rachel Barrie. 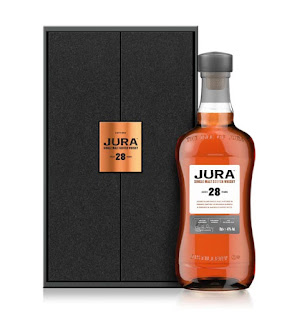 Jura
The Hebridean distillery of Jura has announced a new range of super-premium whiskies, and the first two whiskies in that range. The Prestige Range is designed to showcase some of the island distillery's rarest and oldest stocks, and comes on the back of a full core range revamp earlier this year.

The first is the Jura 28 years old (pictured, left), which is a permanent but limited expression. It will be available in travel retail and has been matured in ex-bourbon barrels before a finishing period in ex-Amoroso sherry butts. Bottled at 47% ABV, the whisky is non chill-filtered and of natural colour. A bottle will cost £399. 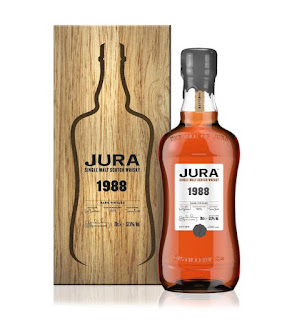 The second bottling is the Jura Rare Vintage 1988 (pictured, left). This has been matured in ex-bourbon barrels initially before a significant finishing period in ex-Tawny Port pipes, which had previously helf the Port for 20 years. It has been released at the natural cask strength of 53.5% ABV and is again non chill-filtered and of natural colour. There are just 1,406 bottles available and these can be purchased from selected specialist whisky retailers worldwide. Each bottle will cost £650.

"We are in an exceptionally privileged position to have a range of rare and aged stocks from Jura. Both our new expressions are a fitting way to celebrate and share our island’s incredible heritage of whisky making. "
Gregg Glass - Whisky Blender for Jura. 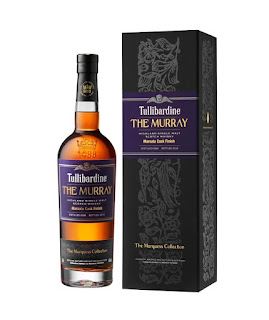 The whisky was distilled in 2006 and was matured in first-fill ex-bourbon barrels before being matured for its final year in ex-Marsala wine casks from Sicily. It has then been bottled at 46% ABV and will be available in selected specialist retailers worldwide. No indication of price or number of bottles were given in the press release.

posted by Whisky For Everyone at 7:25 AM