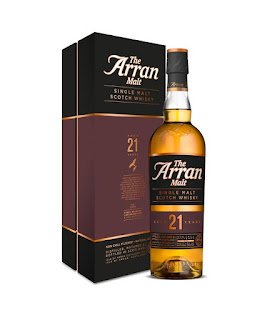 Arran
Isle of Arran Distillers has announced the release of its first ever 21 years old expression in to their core range. There will be just 9,000 bottles in total and these will be available in selected specialist retailers worldwide. It joins the 10, 14 and 18 year old age statements and is the oldest single malt ever released by the distillery, which began production in 1994. The Arran 21 years old is bottled at 46% ABV and is non chill-filtered and of natural colour. each bottle will cost £115. Further information can be found at www.arranwhisky.com. 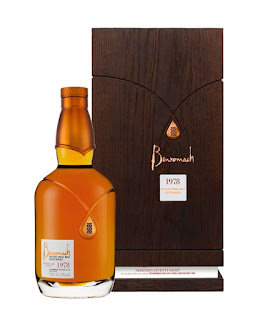 Benromach
The Speyside distillery of Benromach has announced the latest release in its 1970s Heritage range - the Benromach 1978 Vintage. The whisky has been taken from a single re-fill ex-sherry hogshead cask (Cask #2608), which has yielded just 184 bottles. The 1978 Vinatge is released at 40 years of age with a natural cask strength of 56.3% ABV. As with the other expressions in the series, the whisky is presented in a decanter style bottle and dark oak casket. It will be available via selected specialist retailers globally and each bottle will cost £1,250 (€1,410).

"Our carefully chosen Heritage single cask releases give Benromach lovers the opportunity to taste moments in time from the distillery’s rich history. We are proud to be releasing such a rare and precious whisky during the 20th anniversary year of distilling restarting here at Benromach."
Keith Cruickshank - Distillery Manager at Benromach. 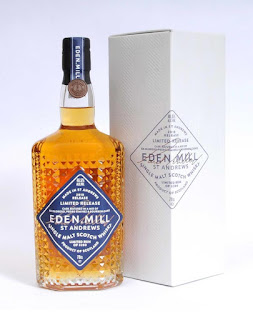 Eden Mill
The independent craft distillery of Eden Mill in St. Andrews have announced the 2018 edition of their single malt. It is only their second ever release of single malt following a very small batch bottling last year. This batch is restricted to just 3,200 bottles with 2,000 of these earmarked for the UK market. The batch is made up of four ex-Oloroso sherry hogsheads, four first-fill ex-bourbon barrels and four ex-Pedro Ximenez sherry octave casks.

"We are delighted to be able to release our second whisky. This release is the first in an annual series, which will build over the coming years and we thought it was only appropriate to launch the 2018 single malt on St. Andrew’s Day.
Paul Miller - Co-Founder of Eden Mill. 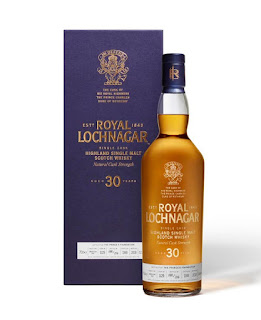 Royal Lochnagar
The Highland distillery of Royal Lochnagar have announced the release of a very rare whisky - The Prince's Foundation 30 years old. The limited edition single malt was distilled in 1988 and put in to cask during a Royal visit by HRH Prince Charles, the Duke of Rothesay. The single cask has now been bottled to mark the Prince's 70th birthday and sales will raise money for his charity, The Prince's Foundation. There are just 206 bottles and the majority will be sold via a special ballot through The Whisky Exchange, which will run from December 31 until January 27.

Each bottle of the Royal Lochnagar 30 years old is individually numbered and presented in a special bottle and box. Bottles will cost £1,470 each and all proceeds will be donated to The Prince's Foundation. The bottles will be distributed as such - 184 to The Whisky Exchange ballot, 20 to The Prince's Foundation, one to a special auction once the ballot has closed and one to the Diageo Archive.

posted by Whisky For Everyone at 1:59 PM