Welcome to our final Inbox of 2018.  What a whisky year it has been! We will be publishing our thoughts on the year and our favourite releases on the blog very shortly.

For those new to WFE, Inbox is our weekly round up of whisky news and PR material that has found its way in to our email inbox. It was created as we cannot write full articles or do justice to every piece received. It features items from around the world of whisky and is published by us each Friday. 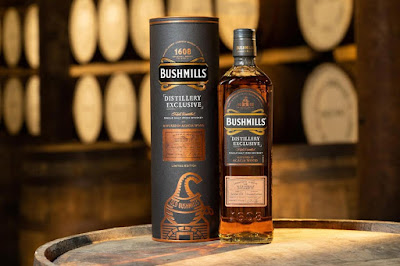 The popular Irish whiskey brand of Bushmills has announced the release of a limited edition that will only be available at the distillery in Co. Antrim, Northern Ireland. The Bushmills Distillery Exclusive is an innovative whiskey that has been matured initially in charred ex-bourbon barrels and toasted ex-sherry casks before being transferred and finished for more than a year in Acacia wood casks. This is the first time the distillery has used this wood.

The Distillery Exclusive has been created by Helen Mulholland, the Master Blender at Bushmills, and it is bottled at a strength of 47% ABV. There are just 12,000 bottles available, which are not expected to last long as the distillery receives around 120,000 visitors per year. The price is £74 per bottle. 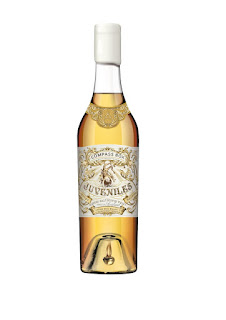 Compass Box
Whisky maker Compass Box has announced two new limited blended malt whiskies, named Juveniles and Stranger & Stranger. The first is a special collaboration with Juveniles Bistrot à Vins, one of the most highly regarded wine bars in Paris. Juveniles contains pockets of whisky from four distilleries - Balmenach and Strathmill (both re-fill hogsheads), Clynelish (re-charred hogsheads and refill ex-sherry butts) and Glendullen (first-fill ex-sherry butts). There are just 14,894 bottles of Juveniles and it is bottled at 46% ABV, is of natural colour and is non chill-filtered. It will be available in selected specialist retailers worldwide and will cost £100/$150 US.

Stranger & Stranger has been created to celebrate a decade-long partnership between the London creative design agency of the same name and Compass Box. In that time they have designed 35 labels for Compass Box, which have won multiple awards. These have become instrumental in Compass Box's brand growth, identity and awareness. 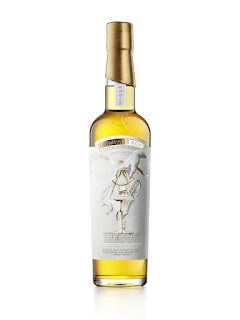 The whisky cannot technically be called a Scotch due to the inclusion of a one year old grain spirit from Girvan distillery. This has been matured in  'experimental casks' and join single malts from the Speyside distilleries of Glen Elgin (re-charred barrels), Glenlossie (re-charred hogsheads) and Linkwood (ex-sherry butts). It is bottled at 46% ABV and is again non chill-filtered and of natural colour. There are just 4,802 bottles of Stranger & Stranger and these are available in the UK now (£150), with an early 2019 release scheduled for the USA ($199). Both whiskies have been created by John Glaser, the founder of Compass Box.


And now for two expensive bottles - it is probably best to ask for these for Christmas, rather than buy them yourself ... 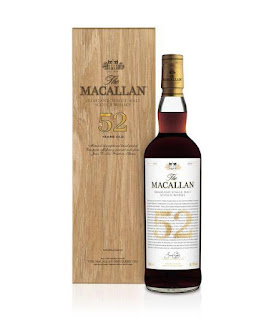 Macallan
The popular Speyside distillery of Macallan has revealed details of another rare and very limited single malt - the Macallan 52 years old. The whisky has been maturing for over half a century in a single first-fill European oak ex-sherry cask and this has yielded just 250 bottles at a strength of 48% ABV. Each bottle is individually numbered and presented in a wooden casket. The Macallan 52 years old will be available in selected specialist spirits retailers around the world and each bottle will cost £38,500 ($50,000 US).

"The Macallan 52 years old is an outstanding addition to our expanding range of unique, classic-aged whiskies and is a testament to the harmony created through the mastery of wood and spirit."
Sarah Burgess - Whisky Maker at Macallan. 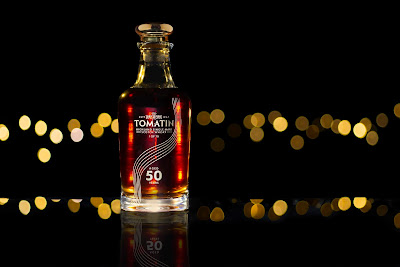 The Highland distillery of Tomatin has announced the release of its first ever 50 years old expression, the oldest whisky ever released by the brand. The Tomatin 50 years old was distilled on November 24, 1967 and the single first fill ex-Oloroso sherry butt (Cask #35817) has yielded just 70 bottles. These are bottled at the natural cask strength of 45.3% ABV.

The cask was selected by Graham Eunson, the Distillery Manager at Tomatin, and the whisky is presented in a hand blown and individually numbered and engraved Glencairn crystal decanter. This is then housed with an crafted Italian wooden casket, which also comes with a leather carrying case and a book signed by Eunson. The Tomatin 50 years old will be on sale in selected specialist whisky retailers in the UK and will cost £10,000 a bottle.

posted by Whisky For Everyone at 8:42 AM