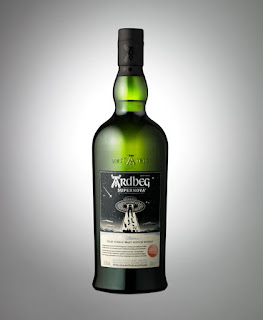 This whisky signals a brief return for one of Ardbeg's most popular recent limited editions - the Ardbeg Supernova. The expression, which is the peatiest released by the brand and has even been sent in to space as part of an experiment, was first released in 2009 and this new whisky is bottled to commemorate that 10th anniversary. As with the previous incarnations this has been created by Dr. Bill Lumsden - the Director of Distilling, Whisky Creation & Whisky Stocks at Ardbeg and its sister distillery of Glenmorangie in the Highlands.


The Supernova 2019 Edition is bottled at 53.8% ABV and was available only to members of the Ardbeg Committee. The number of bottles was not been revealed and each one cost £140. They have now all sold out so are only available through secondary markets such as whisky auction sites.

Our tasting notes
The colour is golden yellow and the nose has a lovely mix of malty, sweet and peaty aromas. First come the bittersweet and earthy malted cereals, followed by a wave of honey and golden syrup with some vanilla. Then comes the undeniable peat - this has an ashy and seaweed-like quality with hints of wet moss and coal tar soap.

On the palate it seems that everything happens in reverse. First is the peat smoke, which packs a more significant punch that suggested on the nose. Powerful and medicinal smoke weaves its way in to everything with elements of dried seaweed, wet earth/moss, iodine, damp charcoal and creosote all present. The sweetness remains central and pivotal to proceedings - there is plenty of golden syrup in particular, backed up by further notes of vanilla, white chocolate and hints of apricot jam and apple flavoured boiled sweets.

Finally, the malted cereals come through and add depth, compexity and structure. Notes of burnt cookies, malt biscuits and earthy baking spice (especially all-spice, ground ginger and a pinch of cinnamon) are accentuated by a pinch of salt.  Green chilli and white pepper add plenty of heat.

Water softens everything as you would expect and makes the whisky creamier and with less heat. The lessened intensity allows more subtle notes through such as fresh cut grass and crisp green pear, as well as bringing the vanilla and white chocolate notes more to the fore.

What's the verdict?
It was easy to predict that people were going to be clambering to try and buy a bottle of this when it was released. This 2019 edition sold out in no time. The Supernova releases over the last decade, particularly the first one, are the stuff of whisky legend.

This is an excellent whisky. It is like Ardbeg with the dial turned up to max. Powerful peat combines with a delicious malty character and sumptuous sweetness. Then comes a superb long finish that just seems to continue for ever. Do not be surprised if this Ardbeg Supernova makes it on to our Whisky Of The Year list ...