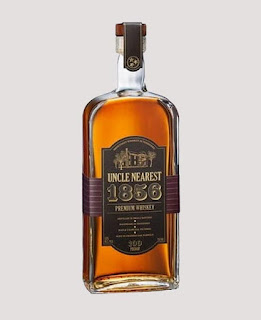 Uncle Nearest is a Tennessee whiskey brand that has been reborn to honour a pioneer of the American whiskey industry. He was named Nathan Green and was believed to be the first African-American master distiller in the USA during the 1850s. Green is often described as "the best whiskey maker that the world never knew" and lived just outside Lynchburg in Tennessee. He was known as Nearis to his friends and colleagues and worked at a distillery on Dan Call Farm that was owned by Reverand Call, a Lutheran preacher.

Green became the figurehead after the Reverand's congregation disapproved of him distilling and he is said to have been at the forefront of developing The Lincoln County Process - the process where the matured whiskey is filtered through charcoal. He is also said to have trained and later worked under Jack Daniel, the founder of the world's biggest selling Tennessee whiskey, who held Green in high esteem and is thought to have referred to him as Uncle Nearis.


Uncle Nearest 1856 is part of a small core range that also consists of the 1884 Small Batch and 1820 Single Barrel Edition. Occasional limited editions also appear from time to time. The 1856 is bottled at 50% ABV (100 Proof) and is currently available in all 50 states of America and also in 12 export markets across the world. A bottle will cost $65 US/£55.

The owners, Uncle Nearest Inc, have also built a new distillery on a 270 acre site in Shelbyville, Tennessee. This is where all planned spirit production will take place from late 2020 with whiskey currently sourced from another Tennessee distillery. The new distillery includes a visitor centre, guided tours and a tasting area.

Our tasting notes
The colour is a deep golden yellow and the nose has plenty of expressive aromas up front - think of caramel, golden syrup and peppery wood spices to begin with, followed by banana bread and cookie dough. Further aromas of over ripe apricot and peach, plus hints of toasted pecan, maple syrup and oatmeal add depth.

On the palate this whiskey's decent ABV creates an immediate punch and vibrancy with a hot peppery note rising first (imagine white pepper especially here). Heavy wood spices add to this effect in the form of toasted oak, cinnamon, clove and pinches of powdered ginger and cocoa. Then comes the sweetness and this adds incredible depth and richness - think of caramel, runny honey and plenty of maple syrup. A further layer of fruity characteristics begins to come through (imagine very over ripe bananas, canned peaches and a hint of stewed apple), as does a lovely vanilla note - this adds a creaminess in the mouth. The warming spices return to the fore as you approach the finish and hold fast.

These spices add considerable length to the finish. Plenty of toasted oak, cinnamon and white pepper grip the tastebuds. The sweet and over ripe fruity notes also hold well but finally begin to fade. The banana is particularly prominent now, as is the vanilla. Hints of milk chocolate and bittersweet cereals round things off.

What's the verdict?
Uncle Nearest 1856 is a delicious whiskey and one that is worth searching out. The background story behind the brand is great and conveys an important (and relatively unknown) part of the whiskey history of Tennessee. We love this type of thing, but unltimately the whiskey has to be up to scratch for us to be impressed.

And it is. The 1856 is wonderfully spicy, robust and sweet with so many characteristics presented. This makes it superb to drink neat (as we did during the recent Super Bowl), over ice (the banana notes really come out then) or as part of a classic American whiskey cocktail such as a Manhattan or Old Fashioned. It will be interesting to see what they produce once their new distillery is up and running. We cannot wait.

posted by Whisky For Everyone at 4:29 PM