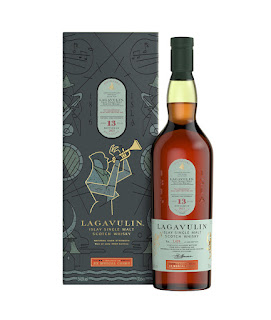 Lagavulin
The Islay distillery of Lagavulin has celebrated its continued sponsorship of the Islay Jazz Festival with a new limited edition whisky for this year's event. The commemorative bottling is the first to ever be matured in ex-Mezcal barrels from Mexico by the distillery. The whisky is released at 13 years of age with the initial maturation taking place in re-fill American oak ex-bourbon casks, before a final finishing period in the ex-Mezcal barrels. It has been bottled at the natural cask strength of 54.8% ABV and will only be available for sale at the distillery and via www.malts.com. There are just 3,000 bottles and each will cost £160.

"This 13 year old is a fantastic expression and the first Lagavulin to be finished in Mezcal casks. The distinctive and unusual flavour profile is sure to intrigue and excite Lagavulin fans and every whisky aficionado alike."
Pierrick Guillaume / Distillery Manager at Lagavulin. 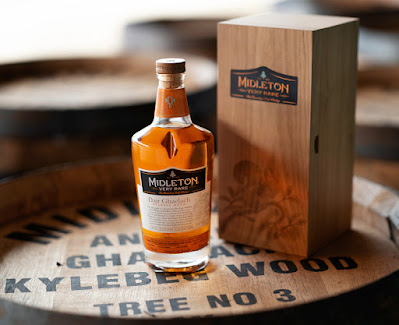 The premium Irish brand of Midleton Very Rare has announced the fourth edition in its Dair Ghaelach collection. The series celebrates the use of Irish oak and the conservation of heritage woodland by owners Irish Distillers. The new whiskey has been matured in casks made using oak from Kylebeg Wood, which is located to the southwest of Dublin and near Stradbally, Co. Laios.
Just seven trees were used, with each creating six casks. Each cask of the 42 resulting casks were then filled with the pre-aged Midleton Very Rare blend and then matured for 15 months. Each tree has been released at the natural strength as its own expression, with ABVs ranging from 55.4 to 56.1%. The Midleton Very Rare Dair Ghaelach : Kylebeg Wood will initially only be available via the Midleton website and in Ireland, costing €310 per bottle.
Singleton 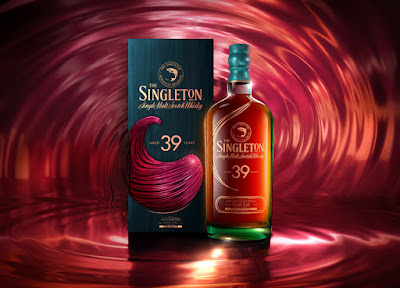 The popular Singleton brand of Scotch single malts has announced the second bottling in its rare super premium Epicurean Odyssey series - The Singleton of Glen Ord 39 years old. This follows an inaugural release that was bottled at 38 years of age and has been created by Maureen Robinson, the Master of Malt for The Singleton. She has taken inspiration from her travels around the wine growing regions of southern Europe.
The whisky has undergone a lengthy 27 year period of secondary maturation, which is the longest ever for any Singleton. After 12 years Robinson split a pocket of stock between a number of European oak casks that had previously held either Oloroso or Pedro Ximenez sherry, Port or red wine. Then 27 years later she married the whiskies back together for a short finishing period in ex-Bordeaux wine casks from France.
The Singleton of Glen Ord 39 years old is bottled at 46.2% ABV and is restricted to just 1,695 bottles. It will be available through specialist whisky and luxury retailers in selected global markets, and via www.malts.com. A bottle will cost £2,295/ $2,680 US.
Get Social With Us
Follow us for regular whisky updates and activities throughout the week.

posted by Whisky For Everyone at 5:19 PM