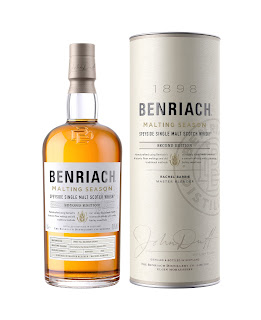 Benriach
The innovative Speyside distillery of Benriach has announced the second bottling in its Malting Season series. The Benriach Malting Season Second Edition uses malted barley produced on Benriach's own traditional malting floor, which is one of only two operational malting floors currently being used in Speyside. The barley for this batch was malted in Autumn 2013, before being distilled and filled to 30 first-fill ex-bourbon barrels in November. The whisky has been bottled at 48.9% ABV and will initially be available only at the Benriach visitor centre. A global release will follow in June. A bottle will cost £99/ $125 US. 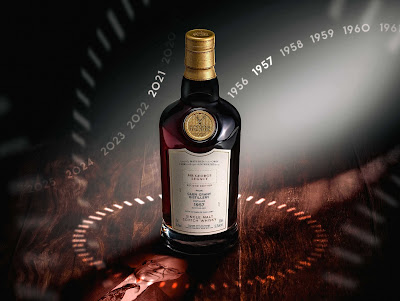 The family-owned independent bottler of Gordon & Macphail have announced the second whisky in their Mr. George Legacy series - the Gordon & Macphail Mr. George Legacy 1957 from Glen Grant Distillery. The series honours George Urquhart, known as 'Mr. George' in the whisky industry, who was in charge of the company when this whisky was distilled and filled to cask.
This was on 10 October 1957. It has spent its entire 64 year maturation in a single first-fill ex-sherry butt (Cask #3483) before being bottled on 9 November 2021. The cask yielded just 298 bottles. It is released at the natural cask strength of 56.1% ABV. Each bottle will cost £6,000/ $7,310 US and be available via selected specialist whisky and luxury retailers worldwide.
Loch Lomond 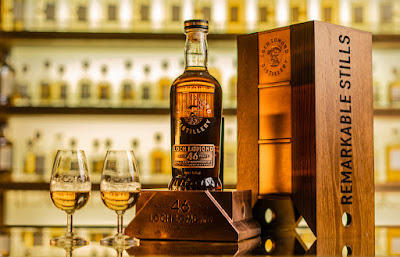 The Loch Lomond distillery has announced the second bottling in its Remarkable Stills series - the Loch Lomond 46 years old. The series is designed to celebrate the distillery's unique straight-necked stills.
The unpeated spirit used was distilled and filled to American oak ex-bourbon casks in 1974. This was then split and then transferred to either ex-Oloroso or ex-Pedro Ximenez sherry casks for a two year finishing period. It is bottled at the natural cask strength of 45.3% ABV.
The Loch Lomond 46 years old is limited to just 200 bottles and is presented with a handcrafted oak casket. It will be available in selected specialist retailers worldwide and each bottle will cost £4,500/ $5,485 US. 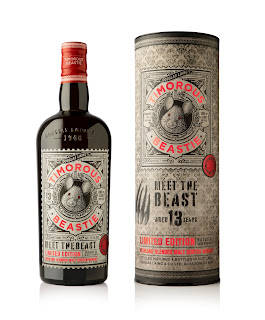 Timorous Beastie
Douglas Laing & Co. has announced a new limited edition bottling for its Timorous Beastie blended malt - the Timorous Beastie 'Meet The Beast' 13 years old. The new whisky is a marriage of Highland single malts and all have been matured in American oak ex-bourbon barrels for a minimum of 13 years. It is released today (May 13) and is inspired by the superstition surrounding Friday 13th. A coordinated marketing plan for the launch includes engagement with 60 global specialist retailers, e-commerce site takeovers and targeted social media campaigns.
Timorous Beastie 'Meet The Beast' 13 years old is limited to just 3,000 bottles. It is released at the natural cask strength of 52.5% ABV and is both non chill-filtered and of natural colour. A bottle will cost £75/ $92 US.
Get Social With Us
Follow us for regular whisky updates and activities throughout the week.

posted by Whisky For Everyone at 1:54 PM