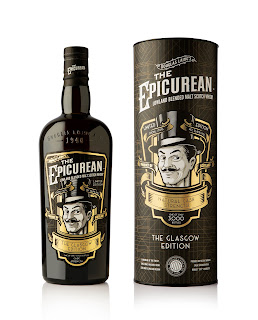 Epicurean
The Lowland blended malt brand has released a limited cask strength expression into its range - The Epicurean Glasgow Edition. The whisky is inspired by the city of Glasgow and its Art Deco roots of the 1920s. The black bottle with gold lettering and trim reflects this. As with all versions of the Epicurean only single malts produced in the Lowland region are included. The blended malt has been bottled at the natural cask strength of 56.8% ABV and is both non chill-filtered and of natural colour. There are just 3,000 bottles in the batch and these will be available worldwide via selected specialist retailers. A bottle will cost £52.50/ €62. 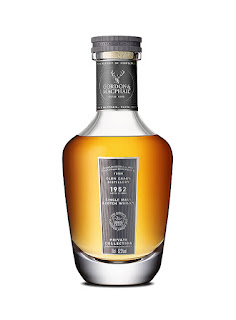 Gordon & Macphail
The family-owned independent bottling company of Gordon & Macphail has released a rare whisky to celebrate The Queen's Platinum Jubilee - the Gordon & Macphail Private Collection 1952 from Glen Grant Distillery. The whisky was filled to a single first-fill ex-sherry butt on January 26, 1952. It has spent the following 70 years maturing in G&M's warehouses in Elgin, before being bottled on February 6 this year - the date of The Queen's accession to the throne 70 years ago. There are just 256 bottles and these are released at the natural cask strength of 52.3% ABV. Each bottle will cost £20,000. It will be available through luxury retailers in selected world markets. 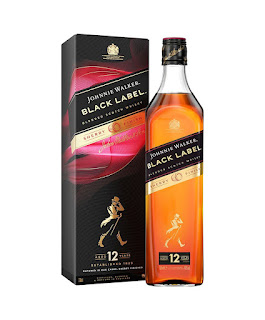 Johnnie Walker
The biggest-selling Scotch whisky brand of Johnnie Walker has announced a new limited edition version of its popular Black Label that will be available in selected world markets - the Johnnie Walker Black Label Sherry Finish. All whiskies in the blend are at least 12 years old and feature distilleries such as Caol Ila from Islay, Cardhu from Speyside, Cameronbridge and Glenkinchie from the Lowlands and Clynelish from the Highlands. The blend was created by Emma Walker, Master Blender for Johnnie Walker, and was then finished in specially selected ex-sherry casks sourced from Jerez in Spain. No indication of price or number of bottles were given in the press release. 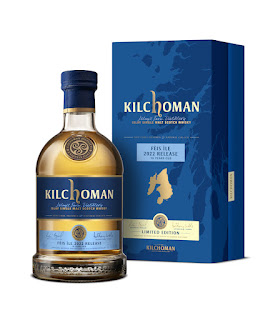 Kilchoman
The family-owned farm distillery of Kichoman have announced details of its annual limited edition bottling to celebrate Islay's Fèis Ìle festival. The Kilchoman Fèis Ìle 2022 Release is one of the distillery's oldest whisky releases to date and is bottled at 16 years old. It is a combination of just five first-fill ex-bourbon barrels that were filled in 2006, making them some of the earliest casks at Kilchoman. The whisky is made using heavily peated (50ppm) malt and there are just 865 bottles. It has been bottled at the natural cask strength of 52.1% ABV.
The Kilchoman Fèis Ìle 2022 Release will only be available from the distillery shop on Kilchoman Day (Thursday 2 June) until sold out. Each bottle will cost £150.
Get Social With Us
Follow us for regular whisky updates and activities throughout the week.