Welcome to Inbox, our weekly round up of whisky news and PR material that has found its way in to our WFE email. It was created as we cannot write full articles or do justice to every piece received. It features items from around the world of whisky and is published by us each Friday. Within Inbox we aim to write a few lines detailing each press release/piece of news/PR event that we have received and provide links, where possible, for you to find out further information.
Here is the round-up of the news from this last week.
________
Diageo 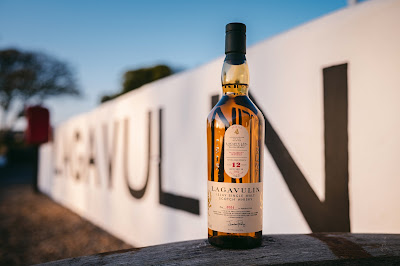 Scotland's largest whisky producer has revealed details of two special bottlings for this year's Fèis Ìle festival, one each from its two Islay distilleries - Caol Ila and Lagavulin. Each bottling features casks selected by each distillery team. Both whiskies are released at their natural cask strength and are non chill-filtered and of natural colour. They will be sold on a first come, first served basis.
The Lagavulin Fèis Ìle 2022 Edition (pictured, above) is a 12 years old small batch release. It has been initially matured in re-fill American oak ex-bourbon hogsheads before being finished in virgin American oak barrels. There are 6,336 bottles in the batch and these are released at 57.7% ABV. It will be on sale at the festival from Lagavulin Day (May 28) onwards from the distillery and via www.malts.com. A bottle will cost £165. 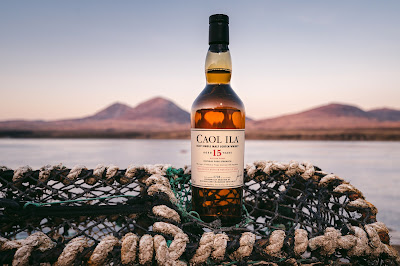 The Caol Ila Fèis Ìle 2022 Edition (pictured, above) is bottled at 15 years old. It has also been matured in re-fill American oak ex-bourbon hogsheads and finished in virgin American oak barrels. There are just 3,072 bottles and these are released at 55.2% ABV. It will be on sale from Caol Ila Day (May 30) onwards.
Caol Ila is currently closed for major refurbishment so Caol Ila Day will instead be held at the nearby Islay House. Bottles will be on sale there and at Lagavulin distillery and via www.malts.com afterwards. A bottle will cost £165. 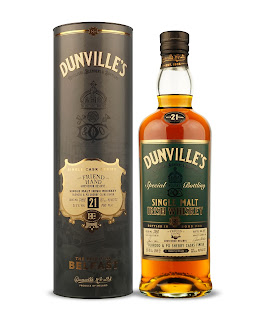 Dunville's
The Irish whiskey brand of Dunville's has announced a new single cask limited edition that has been bottled the Belfast-based retailer The Friend At Hand. The Dunville's Cask 2058 Grosvenor Reserve is bottled at 21 years of age and has seen the original cask of whiskey finished first in an ex-Oloroso sherry hogshead and then an ex-Pedro Ximenez sherry barrel. There will be just 324 bottles, which are released at the natural cask strength of 53.8% ABV. Bottles will be available from midday today (May 6) and only from The Friend At Hand shop in Hill Street, Belfast. A bottle will cost £275. 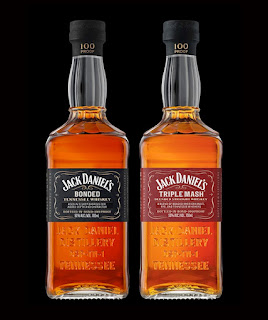 Jack Daniel's
The Tennessee whiskey brand of Jack Daniel's has announced a new series of premium bottlings, and the first two whiskeys in that series. The Bonded Series will celebrate the Bottled In Bond Act of 1897 - this states that a bonded whiskey must be distilled by a single distiller during a single season, matured in a bonded warehouse for at least four years and bottled at 100 proof (50% ABV). The new series kicks off with the Jack Daniel's Bonded and Jack Daniel's Triple Mash. Both bottlings will be available in America from mid-May and then selected world markets later in 2022.
Jack Daniel's Bonded is a classic Tennessee whiskey and features a mashbill of 80% corn, 12% malted barley and 8% rye. It is expected to retail for $30 US. Jack Daniel's Triple Mash is a marriage of three different whiskeys - Tennessee Rye, their classic Tennessee Sour Mash and American Malt. These feature in quantites of 60%, 20% and 20% respectively. It is expected to retail for $33 US a bottle. Both are released at 100 Proof (50% ABV) as the law requires.

"Bonded and Triple Mash are a nod to our heritage, and the Bottled In Bond Act, with a touch of innovation and craftsmanship. These whiskeys give another opportunity for our friends and new drinkers to explore and discover everything Jack Daniel’s has to offer."
Chris Fletcher / Master Distiller at Jack Daniel's.