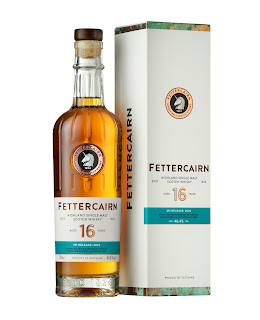 Fettercairn
The east Highland distillery of Fettercairn has unveiled the 2022 Edition of their small batch 16 years old expression. It is the third such annual release in the series, which is designed to show different maturation journeys of the distillery's distinctive spirit. This year has seen the whisky initially matured in first-fill ex-Oloroso sherry barrels before a further maturation period in first-fill ex-Pedro Ximenez sherry casks. It was then finished in ex-bourbon barrels.
The Fettercairn 16 years old 2022 Edition is bottled at 46.4% ABV and is both non chill-filtered and of natural colour. The number of bottles was not revealed in the press release. It will be available shortly in key European markets including Belgium, France, Germany, Netherlands and the UK. This will expand to Asia and travel retail later in the year. A bottle will cost £72/ €85. 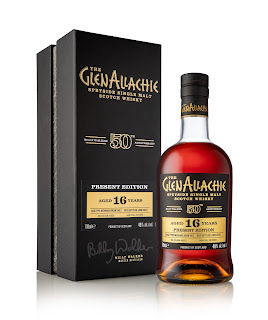 Glenallachie
The Speyside distillery of Glenallachie have launched the second bottling into their Billy Walker 50th Anniversary The Past, Present & Future Series - the Glenallachie 16 years old Mizunara Virgin Oak Finish. The series celebrates co-owner and Master Distiller Billy Walker's half century of service in the Scotch whisky industry. The whisky was initially matured in ex-Oloroso and ex-Pedro Ximenez sherry casks before a final finishing period in virgin Japanese Mizunara oak barrels - this is the first time that Walker has worked with rare Mizunara oak.
The new whisky has been released at 48% ABV and is both non chill-filtered and of natural colour. There are just 2,900 bottles and these will be available worldwide via selected specialist retailers. Each will cost £280/ €335/ $340 US.
Glenmorangie 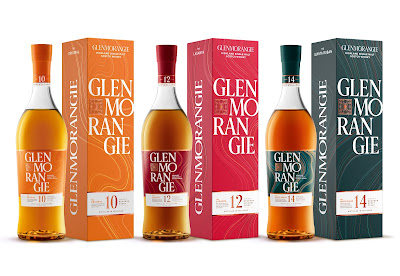 The north Highland distillery of Glenmorangie has announced a bold new revamp of its packaging for its core range. The new livery and design has been created to 'highlight Glenmorangie's deliciousness'. The bottle has seen an elegant evolution with wider shoulders, tapered body and larger stopper. The packaging carton sees a graphic new design to grab attention and bold colouration to stand out on the shelf. It also features curved linework to mirror the new bottle shape. The revamped packaging will be available worldwide from early August. The liquid for each bottling remains the same.

"Our whisky is truly delicious and our reimagined packaging brings its flavours to the fore. We see this as an opportunity to show a playful elegance which reflects our creativity in whisky making; and to ensure our single malt stands out by using bold colours and enhanced branding."
Louise Dennett / Global Head of Brand at Glenmorangie. 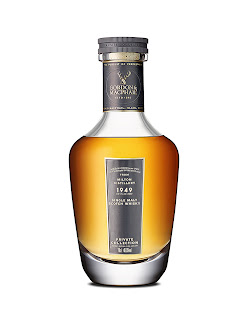 Gordon & Macphail
The family owned independent bottler of Gordon & Macphail have released their last ever cask distilled at the Milton distillery in Speyside. In 1951 its name was changed to Strathisla. Bottlings under the Milton name are extremely rare. The whisky was distilled and filled to a single first-fill ex-sherry puncheon (cask #383) in 1949 and has been maturing in Gordon & Macphail's warehouses ever since. This cask has yielded just 180 bottles of the precious whisky, which is released at 72 years of age and the natural cask strength of 48.6% ABV. It will be available in specialist and luxury retailers worldwide. A bottle will cost £50,000/ $65,000 US.
Get Social With Us
Follow us for regular whisky updates and activities throughout the week.

posted by Whisky For Everyone at 2:06 PM