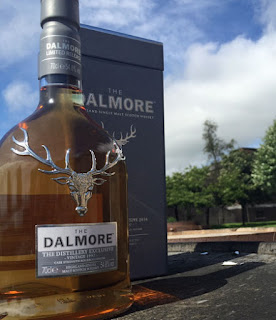 Dalmore
The north Highland single malt brand of Dalmore have announced this year's distillery exclusive bottling.  The 2016 Distillery Exclusive Edition is a 1997 vintage and showcases the use of American oak at Dalmore.  The whisky, which has been created by Master Distiller Richard Paterson, has been initially matured in second-fill bourbon barrels.  It has then been transferred to 'specially selected aged' bourbon barrels and finally to 'small batch aged' bourbon barrels.

This triple bourbon maturation is a first for Dalmore and has yielded just 450 bottles at the natural cask strength of 58.4% ABV.  They will be available only from the visitor centre shop at the distillery.  Each bottle is individually numbered and will cost £200.

"The Dalmore is well known for its sherry finishes but for this release I had the vision to create something a little different. I wanted to shine a light on the style of casks I use for nearly all of the initial maturation at The Dalmore - American White Oak Bourbon casks."
Richard Paterson - Master Distiller at The Dalmore. 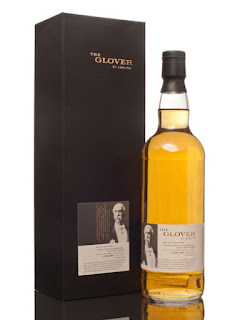 The Glover
The Glover is a fusion of Scottish and Japanese single malts that is produced by TBG & Co Ltd in conjunction with independent bottler Adelphi and renowned whisky writer and consultant Charlie Maclean.  This latest edition - an 18 years old - is the third expression in the series and has seen Adelphi's Alex Bruce blend malts from Scottish distilleries of Glen Garioch and Longmorn with rare whisky from the legendary closed distillery of Hanyu in Japan.  It follows 14 and 22 year old version, which sold out rapidly upon release.

The Glover is named after the pioneering 'Samurai Scotman' Thomas Blake Glover, the man widely regarded as being the first to modernise Japan in the 19th century.  The 18 years old expression is bottled at 48.6% ABV and there are just 1,448 bottles.  These will cost £145 each and be available through premium retailers such as Harrods and Harvey Nichols, plus specialist whisky retailers in 15 countries around the world. 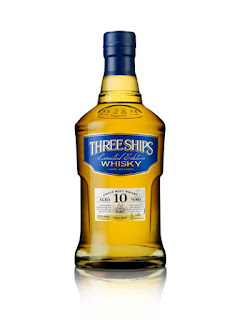 Three Ships
The award-winning South African brand Three Ships has announced its latest limited edition single malt whisky - the 10 years old 2005 Vintage.  The whisky has been maturing in American oak casks and has been created by Master Distiller Andy Watts and produced at the James Sedgwick distillery in Wellington.  It is bottled at 44.6% ABV and is non chill-filtered and of natural colour.  The Three Ships 2005 Vintage will be available in selected liquor stores and specialist retailers in South Africa and cost R525 (approximately £39) a bottle.

"When we launched South Africa’s first single malt in 2003 we didn’t have a style policy in place and since then we have actively planned towards this moment where we are now in the position to launch a vintage statement single malt, each year and one with a defined style and vision."
Andy Watts - Master Distiller of Three Ships.


posted by Whisky For Everyone at 7:26 PM