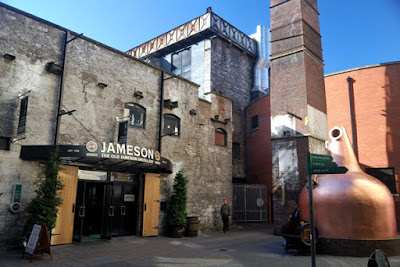 Irish Distillers, the owners of the best selling Jameson Irish whiskey brand, have announced that the popular Old Jameson Distillery visitor centre will close for renovation shortly.  The site at Bow Street in central Dublin, which was where production took place until the early 1970s, will undergo a major contemporary redesign and be closed for six months between the end of August and March 2017.  It is the first re-development of the visitor experience since it opened in 1997.

The Old Jameson Distillery has seen over four million visitors pass through its doors during the last 19 years and the re-development is being led by BRC Imagination Arts, Dublin-based firm TOTP Architects and Flynn Management & Contractors.  The new visitor experience will "strengthen Ireland's growing whiskey tourism industry" and feature a series of interactive and immersive experiences.  The cost will be €11 million.

“When we next open our doors you’re going to see what makes our whiskey loved the world over, with live experiences delivered with the personal touch, helping to bring this story to life. We look forward to welcoming many more whiskey lovers to our home when we reopen in March.”
Ray Dempsey - General Manager at the Old Jameson Distillery. 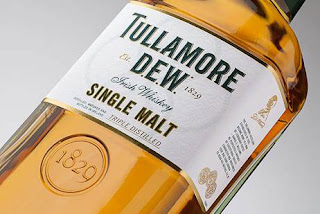 The popular Irish whiskey brand of Tullamore DEW has announced the release of three new limited editions in to its range.  Two are single malts, aged at 14 and 18 years of age, and one is a cask strength blend that is named Phoenix.  All three were launched at Harrod's in London this week and they will be the exclusive retailer until the end of August.

Both of the single malts have undergone a rare cask combination for maturation - they been predominantly matured in ex-bourbon casks before being transferred to a mix of ex-Oloroso sherry butts, ex-Port pipes and ex-Madeira drums.  The 14 years old expression will retail for £59.95, with the 18 years old going for £99.95 a bottle.  Both are bottled at 41.3% ABV. 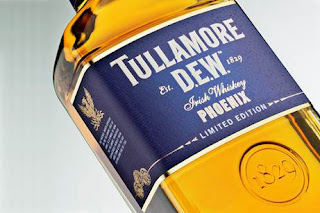 The Phoenix is a blend of pot still, single malt and grain whiskeys and has seen a finishing period in virgin American oak casks.  It has been launched to celebrate the second anniversary of the new distillery at Tullamore, which was built by owners William Grant & Sons and began production in August 2014.  The name refers to the phoenix that adorns Tullamore's coat of arms.  It is bottled at 55% ABV and will be priced at £54.95 a bottle.