Welcome to Inbox - our weekly round up of whisky news and PR type material that has recently found its way in to our email inbox. It was created as we cannot write full articles or do justice to every piece that we receive. It features items from around the world of whisky and is published by us each Friday. Within Inbox we will write a few lines detailing each press release/piece of news/PR event that we have received and provide links, where possible, for you to find out further information if you want to. There's a bit to get through this week, so let's get going ...

A few weeks ago, we told you about the new Islay Taste Map which had been launched by Bowmore, the oldest distillery on the famous whisky island. Well, an interactive version of the map is now available online and can be accessed via www.islaytastemap.com. The map is a bold move to support the Islay category as a whole, and is the ideal guide to the complex and varied characters of Islay’s eight distilleries. It has been launched as an educational tool for both the on-trade and off-trade.  Check it out and have a go. 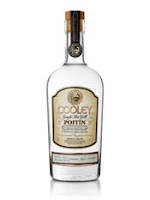 The award winning independent distillery of Cooley has launched their version of a historical Irish classic spirit -  poitín (pronounced po-cheen).  This legendary clear spirit, famous for its high alcohol strength and potency, was first produced in Ireland over 1,000 years ago, way before the whiskey industry took over.  This Cooley version is made using malted and un-malted barley and is distilled in a traditional copper pot still.  It is then bottled straight from the still, with no maturation, at a strength of 65% ABV.

The poitín is recommended to be used in the same way as any other quality white spirit - neat, with water or ice, or with mixers or as part of a cocktail.  The Cooley Poitín will initially consist of just 1,800 bottles which will be available within Ireland at The Celtic Whiskey Shop and in Dublin Airport and then in selected specialist alcohol retailers elsewhere. 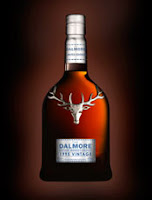 The north Highland distillery of Dalmore have launched a new single malt whisky in the UK. The whisky has been specially selected by Dalmore's Distillery Manager Ian Mackay and will be sold exclusively through The Whisky Shop - the UK's largest specialist whisky retail chain.  The Dalmore 1995 Vintage has been matured in combination of ex-Matusalem sherry casks and ex-bourbon American oak casks and is limited to just 1,800 bottles.  It is bottled at 40% ABV and can be purchased at any of the chain's 18 stores or via www.whiskyshop.com, costing £84.99 a bottle.  Ian Mackay comments, "I was delighted to be able to choose a whisky that would represent my favourite style of single malt for The Whisky Shop. I’ve selected a whisky that has been matured in two of my favourite casks, and I just hope everyone else enjoys it as much as I do!"

Drambuie > A Taste Of The Extraordinary

The popular whisky liqueur brand has launched a new global advertising campaign in time for the Christmas festive period. A Taste of the Extraordinary sees Drambuie, which was first produced 260 years ago, is targeting the '25-44 year old professional worker'.  The campaign pulls on artistic influences such as Dali and Escher, using stark, surreal black and white imagery to compliment the rich, golden colour of the Drambuie bottle.  The images are by renowned photographer John Ross, who has created numerous well known album covers.

It will be seen in the UK, Chile and Greece before Christmas and then rolled out elsewhere around the globe during 2012.  We have already seen the strikingly graphic posters on the London Underground and have even seen one of the famous London black cabs decked out in the zig zag design!

Master of Malt, the innovative online spirits retailer, have announced the release of the world's oldest whisky liqueur.  It has been made using a 55 year old ex-sherry cask matured single malt from 'one of Scotland's finest distilleries' and the aromas and flavours have then been accentuated by adding natural sugars and spices.  It has been bottled at 41% ABV and is on sale for the wallet-busting price of £999.95.  Alternatively, if you don't want to spend a grand on a whisky liqueur then you can take advantage of Master of Malt's excellent  Drinks by the Dram offer.  With this your can buy a 3cl sample bottle for £52.85.  Interested? Order from the Master of Malt website.

posted by Whisky For Everyone at 7:11 PM