Within Inbox we write a few lines detailing each press release/piece of news/PR event that we have received and provide links, where possible, for you to find out further information. This week again includes our new feature - Tweet of the week. This is our favourite piece of news or information that we have seen on Twitter recently. Here we go with this week's news ... 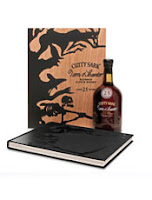 Cutty Sark -  Tam o' Shanter bottling
The famous blended whisky brand has announced a new limited edition version of their 25 years old expression, so as to coincide with this year's Burns Night celebrations.  The liquid is an enhanced version of the current 25 years old within the core range, and is the first creation of Cutty Sark's new Master Blender Kirsteen Campbell.  The new expression is named Tam o' Shanter after Robert Burns' famous poem.

The link between the brand and Burns is interesting - the famous ship was named after the scanty clothing of the sexy witch in his Tam o' Shanter poem.  A newly designed bottle, based on an antique version of the Cutty Sark bottle, is packaged in a wooden box and a book illustrated by figurative artist Alexander Goudie.  All show scenes from the famous poem. The Cutty Sark Tam o' Shanter is limited to just 5,000 bottles and will be available shortly for a recommended price of £199. 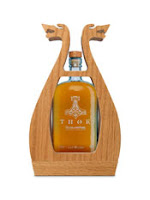 Highland Park - Thor arrives
The distillery from the Orkney islands have announced a new range of single malt whiskies, and the first release within that range.  The award-winning brand will release four whiskies in The Valhalla Collection, all of which will be named after and inspired by Norse legends and gods.  The Orkney islands have a rich Norse heritage dating back to ancient times and Highland Park consistently use this as a thread through their limited edition whisky ranges.

The first release in The Valhalla Collection is the Highland Park Thor, named after the most famous of the Norse gods.  His hammer is depicted on the bottle and the release is a limited edition (if you can call 20,000 bottles limited ...). It has been bottled at 16 years of age and at the natural cask strength of 52.1% ABV. It is presented in an extraordinary wooden box, which represents the head piece on a Nordic long boat. The retail price will be around the £120 mark. Thor will be available to UK consumers from Monday 30 January via Highland Park's shop, and then elsewhere in the UK and around the world from early February. For further information on the Thor release and The Valhalla Collection - visit the special website www.whiskyofthegods.com.

Tweet of the Week
@WhiskyParty - What are US micro distillers up to lately? Chuck Cowdery has the lowdown - http://bit.ly/xwhK2q
posted by Whisky For Everyone at 6:22 PM