What do blended whisky and tea have in common?

Have you ever been chatting to someone who “knows all about whisky” and is certain that blended whisky is merely made from the lesser quality spirit that is not good enough to be bottled as single malt? We certainly know we have. 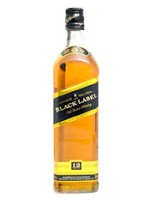 Recently we had the opportunity to attend a rather special event held by Johnnie Walker that showed a glimpse into the complex and thoughtful world of whisky blending that threw aside the idea of blended whisky being an inferior product.

We found ourselves in the hard-to-believe situation that the men behind Johnnie Walker, the biggest selling International whisky brand which is currently owned by Diageo, were hosting an education day for a number of influential journalists and bloggers who spend their days talking about whisky and other drinks. Do we all take blended whisky for granted that the extent that we all needed a little reminder as to why it is such a popular drink? The answer appeared to be yes and the way that they approached the day’s lessons were as innovative as the brand’s history.

The day started off in a way that no-one attending would have imagined – a tea tasting by Ed Eisler and the fabulous folk at Jing Tea (jingtea.com). Why tea tasting? The answers to that are simple and thought provoking. Firstly, tea blending shares many of the skills and ideals of whisky blending. There must be a great relationship with the producers, an extensive knowledge of the raw product, a readiness to exclude substandard product and the challenge of producing a consistent taste in the final product when the raw materials will vary widely from day to day. The key to the answer also lies in Johnnie Walker’s history. Thankfully, we had Dr. Nick Morgan, Heritage Director for Diageo Malt Whiskies, on hand to provide all the answers throughout the day.

Johnnie Walker, the man, started his career in 1820 as a grocer. His small shop in Kilmarnock, Ayrshire, Scotland sold various products of which tea and whisky were included. Back then, just as today, most teas were blended and all whisky sold commercially was a blend. Johnnie Walker learnt the skills required to create a commercially successful whisky only after learning the skills to create a commercially successful tea. One lead to the other. In the early days his whisky was made for his local clients and would have been sold in small quantities, not at all dissimilar to many of today’s artisanal whisk(e)y producers around the world. His skills as a blender were key to the success of his product in those early days.

The day then moved onto to some whisky tasting with Jim Beveridge, Master Blender for Johnnie Walker. He explained the cardinal (or core) influences of Scotland’s whiskies that are key to the flavour profile of Johnnie Walker - Highland Malt (for robust savoury notes), Highland Smoke (for complex smokey notes), Islay Smoke (for powerful smokey notes), Grain (for spicy cereal notes), Speyside Fruit (for fresh fruity notes) and Lowland (for fresh malty notes). We tasted a dram of whisky that highlighted each of these influences and had the chance to compare these against a dram created by Jim that was his attempt to recreate the Johnnie Walker 1867 Old Highland style – the whisky style that is now recognised as the ‘original’ Johnnie Walker.

Next came a tasting of the flavour profiles you can expect from Johnnie Walker - Islay Smoke (similar to single malts such as Lagavulin and Caol Ila), Fresh Fruits (Glenkinchie and Dalwhinnie), Rich Fruits (Benrinnes and Mortlach) and Creamy Vanilla (grain whiskies). We tasted a dram of whisky that expressed each of these characteristics against a dram of Johnnie Walker Black Label. Each and every influence was detectable in the finished product.

At this stage, after the tastings and speaking with Jim, the complexity of blending becomes apparent, especially when you realise the skill involved in selecting the correct whisky from the hundreds of thousands of casks available to be included in a blend. Only talent and experiences ensures that each of these influences and flavour profiles is correctly expressed and balanced in the final product while ensuring that each bottle is consistent with the last. The size of challenge is impressive and daunting, and the skill involved in continued success is apparent. After all how many of us can make a simple cup of tea that tastes the same day after day?
posted by Karen at 9:22 AM