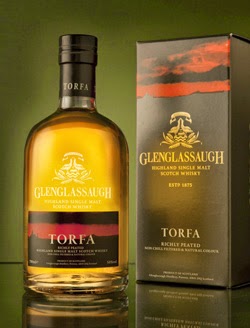 Glenglassaugh - Torfa appears
The independently owned east Highland distillery has announced a third bottling for their core range of single malts.  The Torfa is a richly peated expression of Glenglassaugh and offers a something very different to Evolution and Revival.  The distillery produces peated whisky for a short period each year and the name is the old Nordic word for peat or turf.  Torfa has been bottled at 50% ABV, is non chill-filtered and of natural colour.  It will be available in specialist whisky retailers shortly. No details of price have been supplied. 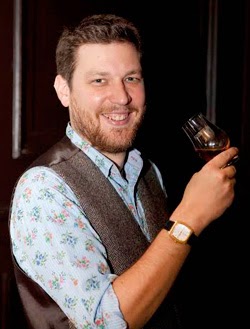 Grant's - New Global Ambassador
The popular family owned blended Scotch brand of Grant's has announced the identity of its new Global Ambassador - Rob Allanson (pictured, left).  His appointment follows the promotion of Ludo Ducroq to head the team of 80 brand ambassadors around the globe.  Allanson is best known for his work with the highly influential Whisky Magazine, where he has been editor for the last eight years.  His task will be to raise awareness and continue to grow the Grant's brand in both established and emerging markets.

Allanson comments: “I’ve been a whisky commentator for years, but having the opportunity to take centre stage at the heart of such a famous brand is really exciting. This is no solo gig. I’m joining a great team; from cooper, to still man, to master blender. I look forward to working alongside them, tasting some great whisky and playing my part in the continuing Grant’s success story.”

Whisky : The Manual
The latest book from renowned whisky writer and commentator Dave Broom has hit the shelves.  Whisky : The Manual is billed as 'the book on how to drink whisky' by publisher Mitchell Beazley.  The book aims to demystify the spirit and debunk some of the myths surrounding it by concentrating on how it should be consumed.  Traditional whisky book subjects, such as the history of whisky and how it is made are covered, but the main focus is on exploring new horizons and trends.  This includes a section on complimentary mixers and cocktail recipes.  Broom also road tests and comments on over 100 whiskies from around the world.  It is available now and costs £14.99

posted by Whisky For Everyone at 11:18 AM