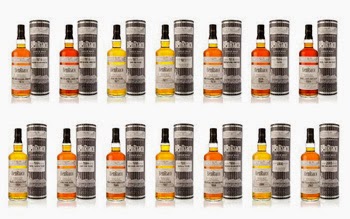 The independent single malt distillery of Benriach has announced the details of the latest batch of its popular Single Casks range.  This is the eleventh batch that they have released and all the casks have been selected by Billy Walker, the Managing Director and Master Distiller for the Benriach Distillery Company.  The 14 casks in this batch have been chosen to show the diversity of Benriach's maturing stock and includes a variety of different types of cask types and some triple distilled spirit.  The ages range between nine and 37 years old.  The details of the casks, as detailed in their press release, are detailed below.  No pricing information was included.

Elmer T. Lee - Master Distiller remembered
One year on from the death of legendary Master Distiller Elmer T. Lee the Buffalo Trace distillery has announced the release on the Commemorative Edition - a special bottling of the award-winning bourbon that used to be selected one cask at a time by Lee, who joined the distillery in 1949.  He was one of the true pioneers of the modern American whiskey industry and introduced the first ever single barrel bourbon in 1984.

This limited release has been selected from the same warehouses that Lee used to and has been bottled at 46.5% ABV.  The bottle carries an image of Lee on the label and the dates of his life - 1919-2013.  There will be just 36 bottles available in the UK, priced at £80 each.  Details of amounts for other markets were not included in the press material. 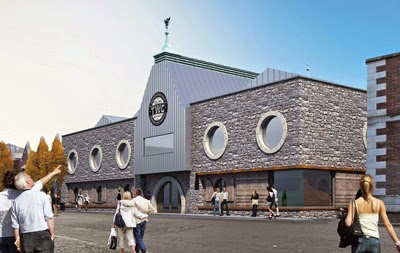 The independent Irish spirits company has announced that work has commenced at the site of their new distillery in the centre of Dublin.  It will be the first new distillery built in Ireland's capital for over 125 years and is located in The Liberties old buildings.  The distilling equipment is scheduled to be delivered in October and initial production is due to begin by the end of the year.  Annual production will be 500,000 litres.  The buildings will also incorporate a visitors centre and the distillery will secure 30 jobs once completed.

Jack Teeling, Founder and Managing Director of the TWC commented “We are proud to be returning to our ancestral distilling roots which trace back to 1782 in The Liberties. This project brings distilling back to an area of Dublin long associated with world class whiskey which, at one stage, had 37 different operational distilleries. Dublin whiskey was at the forefront of the last golden age of Irish whiskey and we aim to put Dublin and Teeling Whiskey firmly back on the map again.”

posted by Whisky For Everyone at 8:03 PM