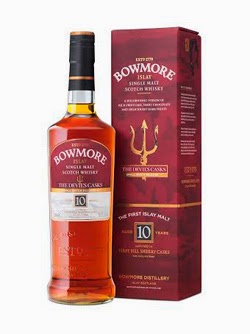 Following on from the acclaimed first release, The Devil's Casks II is the new limited edition single malt release from Bowmore, the oldest distillery on the famous whisky island of Islay. The whisky is so named as it is believed in local legend that the devil once hid in a cask of Bowmore to hide from angry residents and escape to the mainland. We are not sure about this story, but it is said that the circular church in the village of Bowmore (pictured, below) was built in such a shape so as to prevent the devil having any corners to hide in. 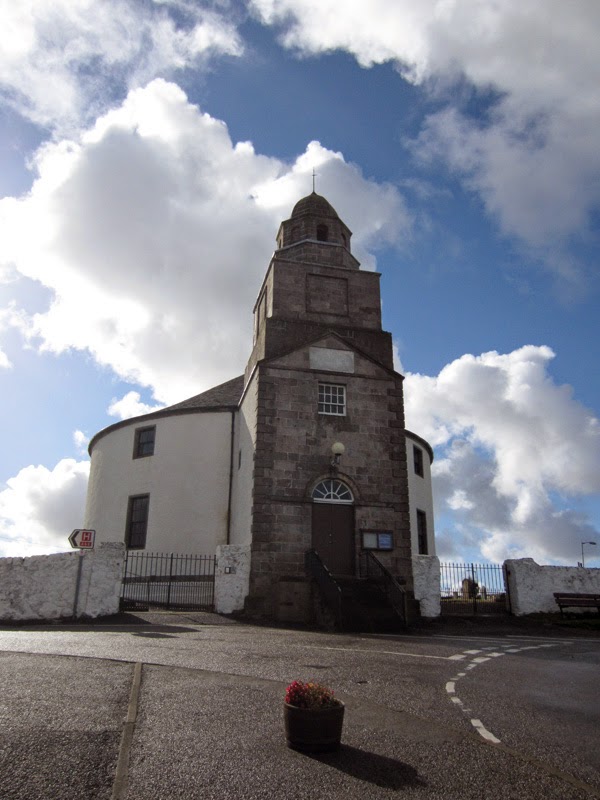 Bowmore is one of the oldest distilleries in Scotland that is still in operation, having been founded in 1779 by John Simpson. It is owned by Morrison Bowmore, who have been in control since 1963. They are a subsidiary of the larger Suntory drinks company from Japan, who acquired Morrison Bowmore in 1989. The annual production of the distillery is two million litres. The core range is extensive and expands across local and travel retail markets – this helps to make Bowmore one of the biggest selling single malts in the smoky/peaty style.

Bowmore The Devil's Casks II is once again limited to just 6,000 bottles globally, of which only 540 bottles are destined for the UK market. The whisky has been maturing for 10 years in first fill ex-sherry casks, which is an unusual practice for Bowmore. Other markets around the world will get similar allocations. The recommended retail price is £60 and it will be available through specialist retailers. It is bottled at the natural cask strength of 56.3% ABV. For this launch we were invited to an unusual venue in the City of London, a wine bar named ‘The Sign of the Don’ (pictured, above). The bar was the former home of the Sandeman Port shipping company, founded in 1798, and the name reflects the shipper’s logo depicted in the original sign, still hanging outside above the door. The tunnel cellars in this remarkable venue (pictured, below) have been fully restored and still house some of the original Sandeman bottles, with a remarkable run of vintages dating back to 1944. The cellars make for an atmospheric setting in which to enjoy an evening should you find yourself in this part of town. Our tasting notes
The colour is a dark amber brown and the nose a combination of sweet peaty embers, spice cake, currants and liquorice. There are also notes of treacle, walnuts and sherried fruits. On the palate the whisky has a chewy, opulent texture and flavours of dark chocolate truffle, fudge and cocoa with an earthy, mossy note coming through, and a little coal smoke. Soft baking spice notes of Allspice emerge on the finish, which is buoyed by the natural bottling strength, giving added intensity and length. The whisky takes the addition of water very well, with a few drops creating a smooth creamy texture, chocolatey, and seemingly losing none of the intensity or flavour.

What's the verdict?
Bowmore have again done well with The Devil's Casks II. It is undoubtedly a fine whisky and provided a very interesting contrast to the new Tempest V bottling, the other limited edition that is currently available within the core Bowmore range.

For a cask strength whisky from first-fill ex-Sherry barrels, this offers very fair value for the price. However, with such a limited quantity available to purchase in the UK our recommendation would be not to delay but search this one out as soon as it becomes available.