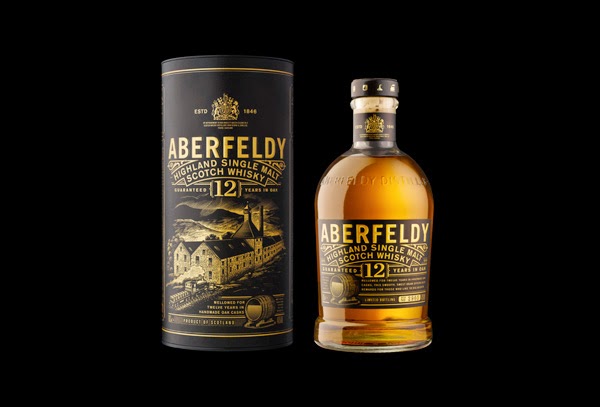 The drinks giant has announced the first details of its new range of single malts.  Bacardi, who own the John Dewar & Sons distilleries and brands in Scotland, are to release a set of whiskies from each distillery.  This has begun with a recent re-brand of Aberfeldy (pictured, above), their most well known single malt.  This sees the current 12 and 21 year old expressions joined by an 18 year old travel retail exclusive and then in 2015, a 16 year old heavily sherried expression and a 30 year old ex-Marsala cask finish.

The other bottlings - from the Aultmore, Craigellachie, Macduff and Royal Brackla distilleries - will be released in phases starting in the Autumn and throughout 2015.  They will all have age statements and be free of caramel colouring.  They will initially be rolled out to 10 markets across the globe including Canada, France, Germany, Japan, Russia, Sweden, Taiwan, the UK and the USA.

Aultmore will have a 12, 21 (travel retail exclusive) and 25 year old expressions due for release in October.  Craigellachie will be the first range to be available at the end of September and will feature a 13, 17, 19 (travel retail exclusive) and 23 years old.  Macduff single malts have previously been bottled under the Glen Deveron name and will now be simply Deveron - this will have 12, 18 and 25 year old expression, which are scheduled for released in early 2015.  Royal Brackla will be the last to be released in Spring 2015 and will feature 12, 16 and 21 year old bottlings. 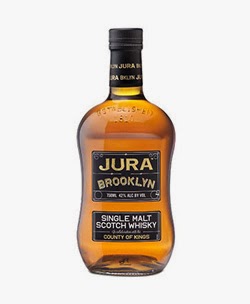 Jura - Born in the USA
Whyte & Mackay, the owners of the island distillery of Jura, have announced an innovative New York-inspired bottling that will be exclusive to the American market.  The Jura Brooklyn has been created by Willie Tate, Master Distiller, along with selected group of Brooklyn-based artisans, food lovers and whisky fans.

Jura Brooklyn carries no age statement but is said to include whiskies up to the age of 16 years old that have been matured in a combination of American oak, ex-Sherry butts and ex-Pinot Noir casks.  Brooklyn is available in selected specialist retailers across the USA at a cost of $80 a bottle.

posted by Whisky For Everyone at 6:45 PM

eToro is the best forex trading platform for beginning and full-time traders.