Within Inbox we aim to write a few lines detailing each press release/piece of news/PR event that we have received and provide links, where possible, for you to find out further information.  There are lots of new releases again this week, plus other news stories, so here is what has caught our attention ... 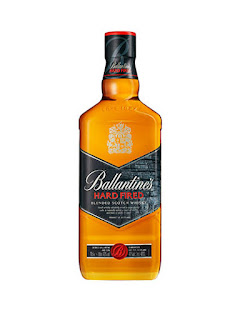 Ballantine's
The hugely popular blended Scotch brand of Ballantine's has announced a new edition - Ballantine's Hard Fired.  This expression features whiskies that have been part-matured in special casks that have been charred for a second time, a process that is known as 'hard firing'.  This process unlocks different compounds in the wood to create a deep and complex whisky.  Hard Fired has been bottled at 40% ABV and will be available through Heinemann Duty Free store in Europe for the next six months.  Availability will then be extended to other global markets.  A bottle will cost €24.

"We wanted to create a new blend of whisky and give people a new way to experience Ballantine’s. The classic Ballantine’s flavour has been transformed with our ‘hard firing’ process which produces a drink that is smoky yet smooth."
Sandy Hyslop - Master Blender of Ballantine's. 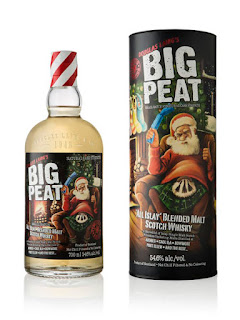 Big Peat
Douglas Laing & Co have announced details of this year's Christmas Edition of their cult Big Peat blended malt.  This is the sixth year of the Big Peat Christmas Edition and see all eight distilleries currently in operation on Islay included for the first time, plus the legendary Port Ellen which closed in 1983.  It has been bottled at 54.6% ABV and is non chill-filtered and of natural colour.  There will be just 15,000 bottles available and these will be on sale from late September via selected specialist whisky retailers or www.douglaslaing.com.  No indication fo price was included in the press release.


Dalmore
Richard Paterson, the veteran Master Distiller of Dalmore, celebrates his 50th anniversary in the whisky industry this month.  His achievement has already seen the release of a special limited edition bottling - The Dalmore Quintessence - and will also see him embark on a world tour.

During this Paterson will hold a series of exclusive tasting events, which will have guests sampling some of the highlight releases from throughout his career.  There is also a commemorative short film that has been made - this is below and sees Richard and a selection of industry experts talking about him and his career.


"The past 50 years has flown by and I am so proud of what I have achieved in the industry. My time with The Dalmore has provided me with some of my fondest moments and the chance to create and work with the world’s oldest and rarest malts has been an absolute privilege."
Richard Paterson. 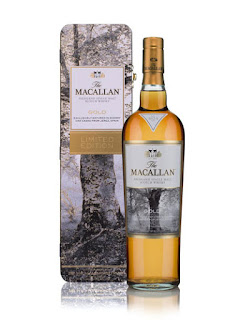 Macallan
The popular Speyside single malt of Macallan are releasign a series of special packaging for their core range that celebrates the brand's commitment to using quality wood.  This is designed to highlight to consumers the impact that oak casks have on the whisky, both in terms of colour and flavour.  This set of designs will be the first of a three part series of special packaging, which will be released over the next three years.  The first part is entitled 'Oak Forests' and will be available for a limited time on the Gold and Amber expressions.  These feature bespoke photography that is visible on the both bottle and carton/tin. 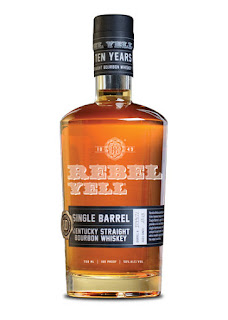 Rebel Yell
The bourbon brand of Rebel Yell has announced a limited edition Single Barrel expression.  This will see barrels that have been aged for 10 years selected one at a time and bottled at 50% ABV (100 Proof).  The first batch will see 12,000 bottles released now and a further 24,000 bottles released in 2017.  The label will carried the individual barrel number and the 'aged from' date.  Each barrel will be slightly different dependant on its position in the warehouse and the activitiy of the wood in the cask.  It will only be available in the US market and the recommended retail price is $50 each. 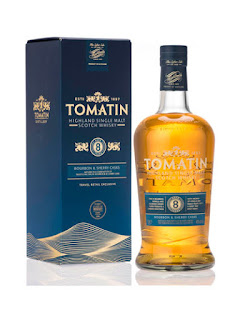 The three new whiskies will join two current bottlings - the 12 years old and the peaty Cù Bòcan - in the range.  They will be initially available through travel retailers in Europe, before also being introduced in Asia and the USA next year.  For more information about each of the new bottlings, please visit www.tomatin.com.

posted by Whisky For Everyone at 10:05 PM