Within Inbox we aim to write a few lines detailing each press release/piece of news/PR event that we have received and provide links, where possible, for you to find out further information.  Here is this week's news that caught our eyes.  There is plenty, so grab a dram and settle down ... 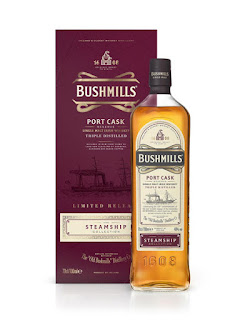 Bushmills
The Northern Irish distillery of Bushmills has released details of the second bottling in The Steamship Collection, a range of whiskeys that are exclusive to the travel retail sector and named after the boat SS Bushmills.  The Bushmills Port Cask Reserve has been matured in ex-Port pipes that were hand selected by Helen Mulholland, the Master Blender for Bushmills, from wineries in the Douro Valley in Portugal.  It joins the Sherry Cask Reserve that was released last year.  The Port Cask Reserve has been bottled at 40% ABV and will be available from early November.  The price will be £99 for a 70cl bottle. 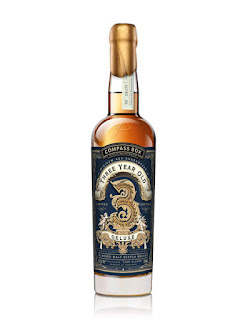 Compass Box
The artisan whisky blending company of Compass Box have announced two new Autumn limited editions - the 3 Year Old Deluxe and the Spice Tree Extravaganza.  The 3 Year Old Deluxe (left) is a blended malt of three components, one of which is just three years old.  This makes up just 0.4% of the whisky but legally has to be named.  It is bottled at 49.2% ABV and is non chill-filtered and of natural colour.  There are only 3,282 bottles and these will be priced at £200 ($300 US) each.  They will be available in Europe from early October and then the USA from early November. 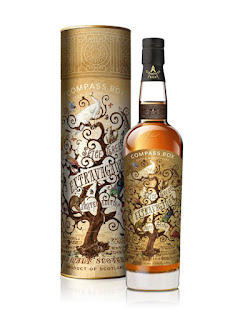 The Extravaganza celebrates the 10 year anniversary of the legendary Spice Tree release.  This was famously banned by the Scotch Whisky Association due to un-traditional maturation methods.  The new expression is a blend of three single malts - Allt-a-Bhainne, Benrinnes and Glen Ord - and three pockets of 'Highland Malt Blend' (consisting of whiskies from Clynelish, Dailuaine and Teaninich) that have been matured in 'hybrid' casks. This is bottled at 46% ABV and is non chill-filtered and of natural colour.  There will be 12,240 bottles available, initially in Europe and then in the USA and worldwide from early November.  The recommended price for this limited version is £100 ($140 US). 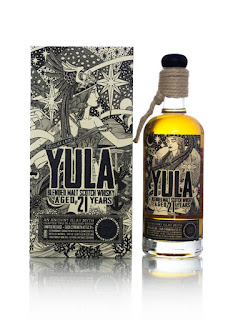 Douglas Laing
Independent bottlers Douglas Laing & Co have announced the second part of their Yula trilogy of whiskies. The series is a collection of blended malts celebrating the company's portfolio of island malts and this Second Chapter is released at 21 years of age. The series is named after Yula, the tragic Norse goddess who is said to have searched for love with an apron full of stones. These stones are said to have fallen out during her fruitless quest and formed the inner Hebrides, of which Islay was the last stone. The trilogy sees the same whisky evolving over a three year period.

As with the first release, which was released in October 2015, there are to be just 900 bottles of Yula 21 years old Second Chapter.  It has been bottled at the natural cask strength of 52.3% ABV and will cost £125 a bottle. Yula will be available from selected specialist whisky retailers from October. For further details, please visit www.douglaslaing.com. 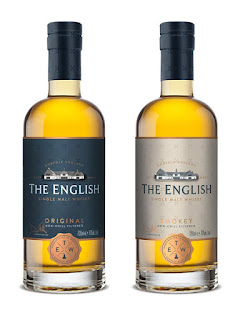 English Whisky Co.
England's first single malt distillery, which is based in Norfolk, has revealed a radical rebranding for their whiskies and a significant realignment of their range.  The new look has been created by design agency Breeze Creative and draws inspiration from hand crafted nature of the whisky, the distillery's Norfolk location and its English heritage.

Two new whiskies - The English Original and The English Smokey - will form the backbone of a new core range, which sees the end of the Chapter series in its current form.  Both are bottled at 43% ABV, are non chill-filtered and priced at £34.99.  They can be purchased shortly from specialist whisky retailers or via www.englishwhisky.co.uk.

“We have invested a lot of time in rediscovering our distillery and our values. Much has changed in the world of whisky over the last decade and we now have a far stronger voice, relevance and sense of identity in our rebranded packaging.”
Andrew Nelstrop - Owner of The English Whisky Co. 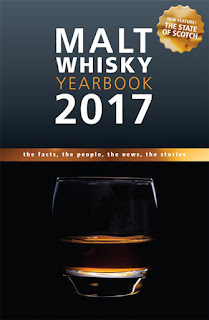 Malt Whisky Yearbook
Ingvar Ronde, author of our favourite annual whisky book - The Malt Whisky Yearbook, has announced details of the latest edition. The 2017 Edition features a record 442 whisky distilleries from around the world, plus a new article called The State of Scotch. Regular features such as The Whisky Year That Was and recommended whisky shops, blogs and websites (including us again hopefully), books, global market statistics and analysis are also featured. There are also articles by some of the world's leading whisky writers and authorities about current hot topics in the industry and over 250 tasting notes. The MWY 2017 will be available from October 1 and is priced at £13.95. 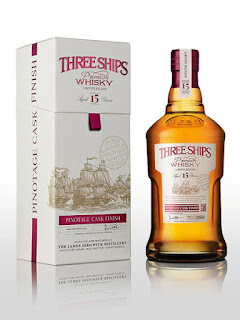 Three Ships
The award-winning South African whisky brand of Three Ships has announced the second bottling in its limited edition Master's Collection Series - the Three Ships 15 years old Pinotage Cask Finish.  It is the oldest ever whisky to be released by a South African distillery and the first in the world to have been part-matured in ex-Pinotage red wine casks.  Pinotage is a variety of grape unique to South Africa. The new whisky has been created by Master Distiller Andy Watts and has spent most of the time maturing in American oak casks.  There will be 3,500 bottles available to the public at a cost of R1,500 (£85) each.

“Whisky finishes are nothing new, but never before has a Pinotage cask been used. This moment of being able to stand with the finished product in my hand is, in 25 years as a master distiller, truly the pinnacle of my career. I’m literally on cloud nine!”
Andy Watts - Master Distiller at James Sedgwick. 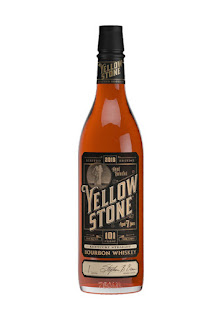 Yellowstone
The Limestone Branch distillery in Lebanon, Kentucky have announced details of the 2016 edition of their limited Yellowstone bourbon.  This year's bottling has been constructed using two pockets of rye mashed bourbon - one at seven years of age and one at 12 years of age - that have then been finished for several months in toasted wine barrels.  The Yellowstone 2016 Edition is released at 101 Proof (50.5% ABV) and there are only 7,000 bottles in the batch.  The price will be $99.99 for a 750ml bottle.  For further details, please visit www.yellowstonebourbon.com.


posted by Whisky For Everyone at 7:18 PM