Within Inbox we aim to write a few lines detailing each press release/piece of news/PR event that we have received and provide links, where possible, for you to find out further information.  The whisky companies and PR agencies are beginning to wake up now that we are in February, so the news is starting to filter through. 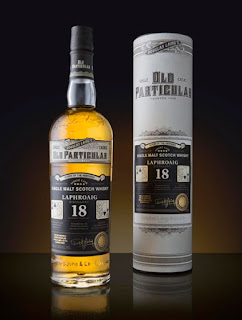 Douglas Laing & Co.
The independent bottling company of Douglas Laing & Co have announced a new series of single cask whiskies and the first whisky in the series.  The series will contain four whiskies.  It will be a sub-series, named the 'Consortium of Cards' within their Old Particular range and themed around a deck of playing cards.  The first bottling celebrates Laphroaig, which is sometimes referred to as the Queen of the Hebrides.

The whisky is bottled at 18 years of age from a single re-fill butt and this has yielded 665 bottles.  It is non chill-filtered, of natural colour and released at 50% ABV.  The packaging features a specially commissioned illustration.  This new release will be available globally through specialist whisky retailers and will cost £155 per bottle.  For more information, please visit www.douglaslaing.com. 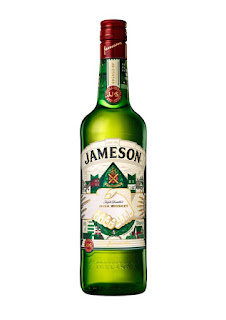 Jameson
The world's largest selling Irish whiskey brand has released the sixth edition of its special St. Patrick's Day labels.  This year sees the Dublin based designer and illustrator Steve McCarthy commission for his take on Ireland's world famous day of celebration.  His starting point was the brand's motto - Sine Metu, meaning without fear.  McCarthy's illustration shows hands shaking in friendship and tattooed with Sine Metu, which is framed by the Door of Reconciliation from St. Patrick's Cathedral in Dublin.  The bottles will be in selected markets globally and will retail for €30 each, or the local equivalent. 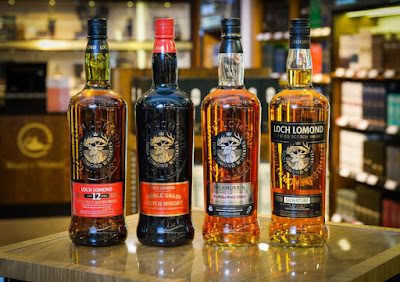 The Loch Lomond Group, the independent Scotch whisky distilling company based in Alexandria to the north west of Glasgow, have launched their first ever travel retail exclusive range.  The range contains four whiskies and is designed to showcase the innovation and craft of the distillery.

The range is presented in new brand packaging and was launched at Glasgow Airport, which is just 15 minutes away from the distillery.  Following the Glasgow launch they will be available in Scandanavia, followed by Canada and the USA.  The prices range from £25 to £75 for a one litre bottle.

posted by Whisky For Everyone at 7:22 PM