Within Inbox we aim to write a few lines detailing each press release/piece of news/PR event that we have received and provide links, where possible, for you to find out further information.  This is what has caught our attention this week ... 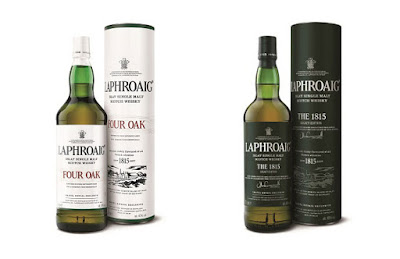 The iconic Islay distillery of Laphroaig, home of the world's biggest selling peaty/smoky single malt Scotch whisky, has announced the addition of two new expressions to its popular travel retail range - the Four Wood and The 1815 Legacy Edition.

The 1815 Legacy Edition has been created by John Campbell, the Distillery Manager at Laphroaig, and is designed to honour all of the distillery managers that have gone before him. The whisky involved has been initially matured in first-fill heavily charred ex-bourbon barrels, before being transferred to new European oak hogsheads.

Both whiskies will be exclusively available in travel retail outlets globally. No details of ABV strength or price were included in the information received. For further information, please visit www.laphroaig.com. 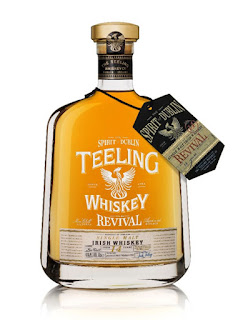 Teeling Whiskey Co.
The Teeling Whiskey Company, the independent Irish whiskey brand and distiller, have announced the third bottling in their limited edition Revival series that celebrates the re-birth of Irish whiskey making in Dublin.  The first expression was released to commemorate the opening of their new Dublin-based distillery in mid-2015.  This third expression celebrates 18 months of production.

The Revival Volume III is a 14 years old Irish single malt that has been predominantly matured in ex-bourbon casks before being being finished in ex-Pineau Des Charentes (a regional French aperitif) casks. It is bottled at 46% ABV and is non chill-filtered. There are 10,000 bottles and these will be available through selected specialist retailers in Ireland only initially.  Other international markets will follow shortly and they include Belgium, Denmark, Germany, Holland, Italy and the UK.  Each bottle will cost €120 (£110).

"It is hard to believe we are just 18 months away from having Irish whiskey distilled from our new distillery in Dublin and to honour this half way point we have decided to release something very unique to mark the occasion with the first ever Pineau des Charentes finished Irish whiskey."
Jack Teeling - Founder and Managing Director of Teeling Whiskey Co.