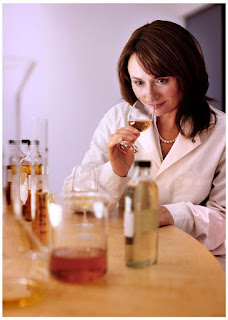 Brown-Forman
Brown-Forman have named Rachel Barrie as their new Whisky Maker for their Scotch whisky portfolio, which includes the Benriach, Glendronach and Glenglassaugh distilleries.  She succeeds Billy Walker in the role and will begin her new job shortly.  Barrie moves from Morrison Bowmore Distillers where during her five year stint she oversaw much innovation within their Scotch whisky ranges of Auchentoshan, Bowmore and Glen Garioch, and laterly Ardmore and Laphroaig.  Previous to this she was with the Glenmorangie Company for 16 years as a whisky creator. 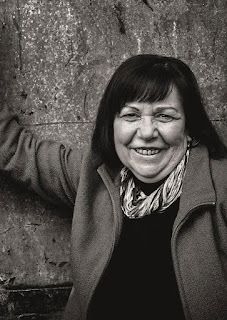 Diageo
This week has seen Maureen Robinson, Master Blender for Whisky at Diageo, celebrate her 40th anniversary with the company and in the whisky industry.  Robinson, who currently works on projects for Johnnie Walker and across the single malt portfolio (this includes the exclusive and limited edition Special Releases programme), began her career at the Glenochil Research Station in 1977 and has progressed to be one of the best and most highly regarded blenders in the Scotch industry.  She is also a well respected judge in spirits competitions and was honoured and inducted as a Keeper of the Quaich in 2012.

“Congratulations to Maureen for such a fantastic tenure at Diageo – her work for Diageo and for the Scotch industry is invaluable and we thank her for years of service and dedication. I’m so pleased we can celebrate this milestone with her.”
Dr. Nick Morgan - Head of Whisky Outreach at Diageo. 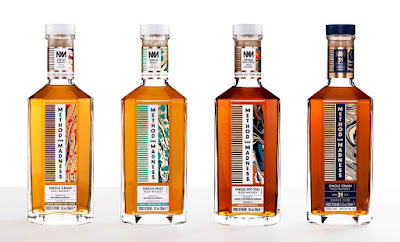 Irish Distillers, the Irish whiskey branch of Pernod Ricard, have announced a new series of whiskeys and the first four bottlings in the range.  The tag line of 'when knowledge and discovery collide' acknowledges the experimental nature of the new range, which is designed to push the boundaries of irish whiskey and showcase some of the most innovative work that the blenders, coopers and distillers are producing at the company.

The range, named Method And Madness, aims to combine the creativity of the whiskey makers and enthusiasm and fresh ideas of the apprentices. Many of the experiments are taking place at the Midleton Micro Distillery in Co. Cork.

All are bottled at 46% ABV, except the single cask single grain which is at the natural cask strength of 52.5% ABV.  There are only 105 bottles available of this release.  The whiskeys are priced as following - Single Grain €49, Single Malt €69 and Single Pot Still €89 - and they will be available in France, Ireland and the UK from the end of February.

The Single Cask Single Grain is one of the oldest Irish single grains ever released by any whiskey company and will cost €1,500.  It be available in the same markets from April.

The SMWS have revamped their single cask bottling range of whiskies with the introduction of a colourful new design.  Their iconic green bottle remains but new features include the use of 12 colours to portray the 12 flavour profiles of whisky released by the Society.

These were introduced in 2014 to help consumers better navigate the new releases and to emphasis the Society's flavour-based approach to whisky.  Categories include 'Young & Spritely' and 'Juicy & Delightful'.

The 12 colours feature on the cap as well as a strip on the label and to show the age statement.  It represents the first change in packaging for nearly a decade. The new design also incorporates an updated version of the SMWS logo.

"Our new-look bottle blends our heritage with a colourful new design that reflects our 12 flavour profiles. The colours will help whisky lovers explore our range of flavours and ever-changing selection of whiskies."
Helen Stewart - Senior Brand Manager at SMWS.


posted by Whisky For Everyone at 7:31 PM

eToro is the most recommended forex trading platform for new and professional traders.