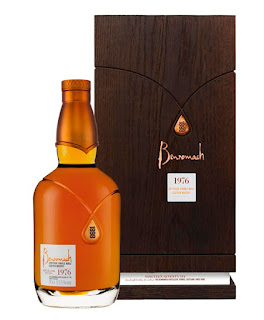 Benromach
The small Speyside distillery have announced the launch of a special single cask to coincide with the Spirit of Speyside festival that is currently ongoing.  The Benromach 1976 Vintage has been bottled from Cask #2393, which was a refill American oak hogshead, at the natural cask strength of 53.5% ABV.  It is bottled in a bespoke decanter-style bottle and will be exclusively available at the distillery visitor centre shop in Forres. There are just 32 bottles for sale and each will cost £1,250. For more information, please visit www.benromach.com. 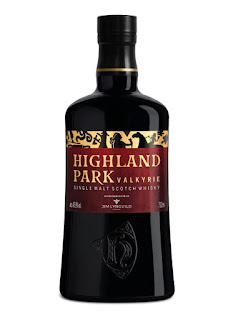 Highland Park
Scotland’s most northerly single malt distillery have announced a new trilogy of whiskies – the Highland Park Viking Legend series. The packaging for the series has been created by renowned Danish designer Jim Lyngvild, a 21st century Viking himself, and pulls on the brand’s Viking routes. The first expression, named Valkyrie, is being launched in 15 markets worldwide and is described as “dialing up more of the smoky notes”. Two further editions, Valknut and Valhalla, will follow in 2018 and 2019. A bottle will cost £55.

Lyndvild’s one-off design is inspired by two important Nordic sources – a typical Viking pendant from around 300-700AD discovered in Uppland, Sweden and the ancient Hammar Stone of Gotland which details the epic journey of the legendary Valkyries, avenging horse-backed angels who combed the battlefields for the bravest of their fallen warriors.

“I am fiercely proud of my Viking ancestry and connection to the islands of Orkney. Working with Highland Park on the new Viking Legend series has been an honour and a unique opportunity to depict the ancient Norse myths and legends, so revered in Viking culture to a new, contemporary audience.”
Jim Lyngvild. 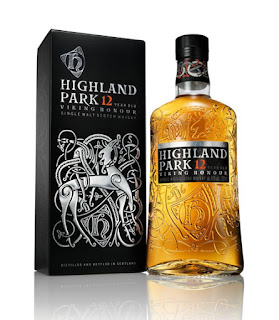 Highland Park have also announced a complete revamp of its core range packaging, the first such redesign for 10 years. In a similar vein to Valkyrie, the new packaging draws inspiration from the Viking heritage of the Orkneys and Highland Park. The bottle features an embossed design that depicts an ancient Viking legend with a lion in battle with two serpents.

“The inspiration for the design came from an ancient Stavkirke wooden church, a world Heritage site in the tiny Norwegian village of Ornes. The church is heavily decorated with extensive and ornate wood carvings which we thought would look amazing on a glass bottle.”
Jason Craig – Brand Director for Highland Park. 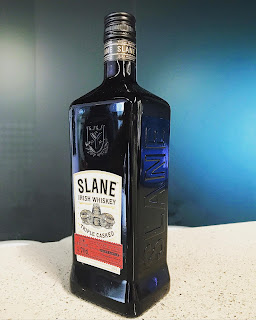 Slane
Brown-Forman has announced the release of their first Irish whiskey under their Slane banner. The Slane Irish Whiskey has initially been released in the global travel retail market and this will be followed by Ireland from the beginning of May. It is then scheduled for release in Australia, the UK and the USA later in 2017. Slane is a blend of Irish grain and Irish single malt whiskeys that is bottled at 40% ABV. This has been matured in a unique combination of casks – virgin oak, seasoned oak and ex-sherry casks.

The release comes as the Slane distillery in County Meath, Ireland nears completion. It is due to begin production this Summer and is the first distillery to be built by Brown-Forman outside of the USA. The distillery is located in the grounds of the historic Slane Castle and will also feature a visitor centre. For more details and information, please visit www.slaneirishwhiskey.com.


Whisky Galore!
A new whisky-based movie is to be released shortly. Whisky Galore! is a remake of the classic black and white 1949 Ealing comedy of the same name, which was based on a book by Sir Compton Mackenzie. The book tells the true story of the ship S.S. Politician that ran aground in the Outer Hebrides during World War II in 1941. Amongst its cargo were 50,000 cases of whisky and the story sees the local islanders attempting to salvage as much of it as possible, while trying to outrun and hide it all from the British authories.

The new version stars Eddie Izzard, James Cosmo, Gregor Fisher, Kevin Guthrie and Ellie Kendrick amongst others and is scheduled for release in the UK on May 19. For further details, please visit the movie’s dedicated website (www.whiskygaloremovie.com). Here is a trailer for you in the meantime.


posted by Whisky For Everyone at 4:37 PM