Rum & Cigars - A Match Made In Heaven

* This article originally appeared on the Huffington Post UK on 6/4/17. 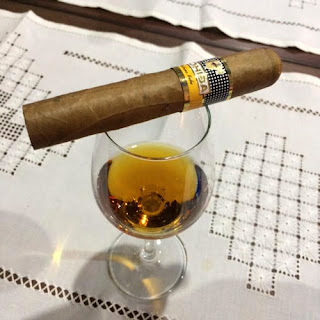 Rum and cigars have long gone hand in hand. The combination is largely associated with the Caribbean and one island in particular is synonymous with it. That island is Cuba. Some of the best rum on the planet is made there and it is home to many of the world’s best known and biggest selling cigar brands.

Many see the dark and sweet flavours of aged rum as the perfect combination for the spicy and warming notes of a good cigar. One is essentially the missing part of the other’s jigsaw, and vice versa. The relationship is intertwined. This is especially true in somewhere like Cuba, which is one of the hotbeds of tobacco farming and cigar production.

So why does the combination work so well? Firstly, both a well aged rum and a good hand-rolled cigar are seen as status symbols and are signs of luxury and times of enjoyment or celebration. Secondly, both are powerful and flavoursome in their own right but the characteristics of each seem to compliment and enhance the other.

Maybe it is because the raw ingredients for both, sugar cane and tobacco plants, need the same conditions to grow successfully – good soil, warm climate and high humidity. Cuba provides these.

One cynical friend of mine suggested that it was all just good marketing and that people only enjoy the combination because they are told that it is good. At the end of the day you could say that about anything. That is not my personal view – I believe there is more substance to it, and some science.

Recently in a tasting hosted by Asbel Morales, one of the eight legendary Maestros of Cuban Rum and Master Distiller for Havana Club, I found out for myself. A series of super-premium rums, The Icónica Collection from Havana Club, were sampled alongside a premium cigar, the Cohiba Siglo VI. The pairing was a sensation to my untrained taste buds, some sort of alcohol and tobacco nirvana.

Within this tasting we sampled a rum that is a world first and one that is designed to show the intricate relationship between rum and cigars at its best – the Havana Club Unión. This was first launched in 2014 and brings two Cuban icons together – Havana Club rum and Cohiba cigars – in a unique collaboration.

Never before has a rum been created to specifically match the aromatic and flavour profiles of a cigar. Morales worked alongside renowned Cuban cigar sommelier Fernando Fernandez to create Unión. The rum develops as it sits in the glass and on the palate as the cigar develops during smoking. While Unión is good in its own right, it comes alive when combined with the Siglo VI. 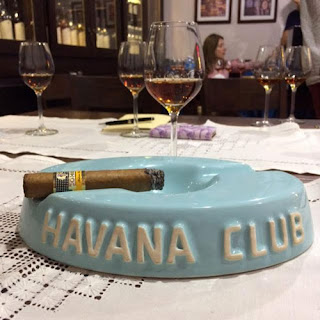 I am sure that this rum will not be the last of its kind, especially as the predicted rum explosion shows signs of taking off. Other brands will surely follow. But within my fledgling fascination with both rum and cigars, I find it intriguing how ‘the perfect match’ is being portrayed. What will come next?

Many brands have their perfect serve as a cocktail or food combination. It is a brave step to create a product specifically to match with a cigar, especially in this day and age of heavy tobacco regulation and taxes. But it works and has captured the imagination of consumers. There is even a line of clothing and accessories associated with Unión now.

The reality is that some combinations just work. For me, rum and cigars is one of them. As an inexperienced smoker, I find that rum makes it easier and more enjoyable than simply puffing my way through a cigar. That is the most important thing. For now, I plan to continue my research and explore further. It is a tough job, but someone has to do it …

posted by Whisky For Everyone at 3:02 PM

Very Nice Article…. But i bought online Cohiba Cigar From Cigars Direct, They have Quality Collection,