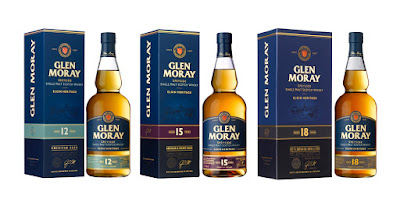 These three whiskies form the premium Elgin Heritage Collection and were introduced by the Speyside distillery of Glen Moray last Summer. The whiskies are aimed at specialist whisky retailers and their customers, and all feature age statements. They join and sit above the non-age statement Elgin Classic Collection, which are available through supermarket and off license channels.

The Glen Moray distillery is located on the outskirts of the city of Elgin, next to the River Lossie. The distillery started life as the West Brewery in 1828 and was later converted to become a whisky distillery in 1897. After a slightly chequered early history it is currently owned by the French drinks company La Martiniquaise, who took control in 2008 after buying the distillery from Moet Hennessey.

La Martiniquaise then embarked on a massive expansion programme, which is now complete and has resulted in an annual production capacity of six million litres. This now makes Glen Moray one of the larger distilleries in Speyside. The whisky produced Glen Moray is used for a number of La Martiniquaise's own blended whiskies, namely Label 5 and Glen Turner, as well as this expanded range of single malts. 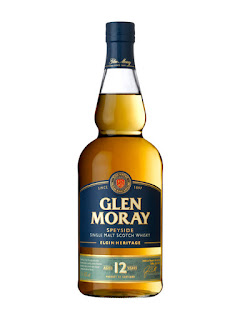 Glen Moray 12 years old
This whisky has been matured solely in American oak ex-bourbon casks. The nose has immediate aromas of fresh green apple and honey, with underlying notes of brown sugar and vanilla. There is also a pinch of cinnamon in there, along with milk chocolate and cocoa.

On the palate this whisky has an initial soft, almost creamy, feel and plenty of sweetness. There are notes of golden syrup, vanilla and butterscotch. These mingle with more fruity notes most reminiscent of stewed apple and raisin, with a hint of tinned peach. Underneath, and with a decent presence, are a good pinch of warming wood/baking spices (think of cinnamon, all-spice and ginger) and an increasingly influential note of bittersweet maltiness. The finish is sweet with a decent length, which then turns more spicy and malty with time. 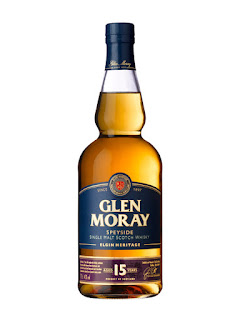 Glen Moray 15 years old
This bottling combines whisky matured in ex-bourbon and ex-sherry casks. On the nose this feels immediately richer and heavier than the 12 years old. There are plenty of dried fruit aromas, especially raisins and sultanas, along with some bitter chocolate and candied orange.

On the palate this whisky has an instant hit of bitter oranges and dark chocolate with an underlying note of robust maltiness. Then come further notes of brown sugar, toffee and caramel, along with roasted/burnt coffee beans and some background molasses or treacle. There are also hints of ginger cake, cinnamon and liquorice. The robust maltiness and earlier bitter notes seem to become more influential with time and lead in to the finish, which seems a little short given the age and richness of the whisky. 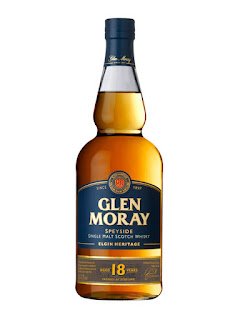 Glen Moray 18 years old
This has been matured solely in American oak but that have previously held bourbon or sherry. The nose has a subtlety to it and reveals aromas of vanilla fudge, stewed apple, peach and delicate wood spice (especially cinnamon) early on. With time further aromas of cocoa, gingerbread and dried mango come through.

This whisky has a very classy feel on the palate and follows a similar path to that of the nose. It is mouth coating and has a pleasant level of richness. Again, it seems to take some time for notes to begin fully revealing themselves. Initial notes of brown sugar and soft vanilla fudge are joined by cooked fruits (think of apple and pear) and a pinch of baking spice. This spice grows with time and adds delicious warmth to the whisky. Late notes of gingerbread, apricot jam, cocoa powder and candied orange peel add further depth and complexity.


What's the verdict?
These three whiskies in the Elgin Heritage Collection have a traditional feel to them, unlike the more experimental Elgin Classic range of malts. This is a decent range of whiskies and one that offers good value for money. The 12 years old is our personal favour and has a great balance and complexity for its age and price point. The 18 years old is delicious and very classy also.

We have always liked Glen Moray and have enjoyed their whiskies since discovering them a number of years ago. This trilogy only enhances those feelings and shows the distillery's quality across a range of ages.