Most news continues to be dominated by whisky companies of all sizes supporting the bar trade with money or the health services with alcohol for sanitation products. We are also now seeing most brands offering online tastings or experiences - there are too many to mention. Outside of that, there have been a couple of new releases reported ... 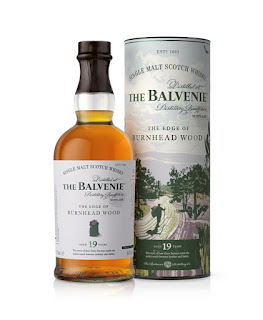 Balvenie
The Speyside distillery of Balvenie has announced a new permanent addition to The Balvenie Stories Collection - The Edge of Burnhead Wood 19 years old. It joins the three other expressions - The Sweet Toast of American Oak 12 years old, A Week of Peat 14 years old and A Day of Dark Barley 26 years old - which were launched last year. The new whisky is the first to be released from the distillery that is made entirely from ingredients grown on its estate in Dufftown - home-grown barley malted at The Balvenie Maltings, water from the Conval Hills and fresh heather from Burnhead Wood. It has been created by David C. Stewart MBE, the Balvenie Malt Master.

A special podcast featuring the craftsmen behind the new release, Stewart and Gemma Paterson, the Balvenie Global Ambassador, can be found at www.burnheadwood.com. The Balvenie - The Edge of Burnhead Wood 19 years old is bottled at 48.7% ABV and will be available in specialist spirits retailers worldwide. A bottle will cost £260/ $325 US. 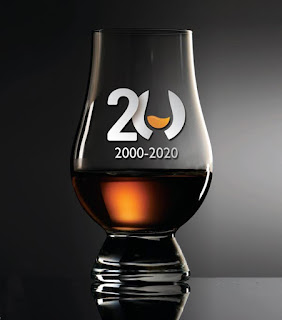 Glencairn
Leading whisky glass and bespoke decanter manufacturer Glencairn Crystal have announced the first of a series of events to mark the family-owned Scottish company's 20th anniversary. The definitive whisky glass, which sells over three million units per year, is available in 140 countries. The first event is the launch of series of insightful podcasts that will feature founder Raymond Davidson and a host of the whisky industry's leading figures. The first episode of PodGlass will be broadcast live on Tuesday, May 5 - for further details on this and Glencairn, please visit www.whiskyglass.com.

Other plans include introducing new products to the Glencairn range, fundraising initiatives to support local charities, expansion of their studio in East Kilbride and increased social media activity. More details on these will follow.