In this unprecedented time it is starting to seem that the whisky world is beginning to return to a new form of normality. During the Covid-19 worldwide lockdown some brands have continued to release new whiskies and many have adapted to produce hand sanitiser, donate cash to the bar trade or bring us online tastings. Now it is the turn of the hospitality industry to begin re-opening and we will follow with interest how that goes. Here the new releases from this week ...
________ 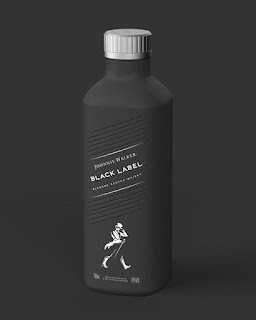 Diageo
Scotland's leading producer of whisky has revealed an innovative new packaging solution for spirits that is a world first - a 100% plastic-free paper-based bottle made from sustainably sourced wood that is fully recyclable. Diageo has formed a partnership with Pilot Lite to launch Pulpex Limited. With potential spread to other forms of packaging, Pulpex has formed a wider consortium with other companies including PepsiCo and Unilever. Diageo will debut the packaging with its famous Johnnie Walker Black Label blended Scotch whisky in early 2021. This will not replace glass bottles in the range, but any variants that are bottled in plastic. 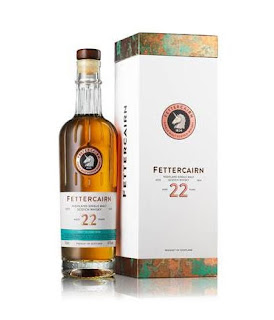 Fettercairn
The east Highland distillery of Fettercairn has announced the further expansion of its core single malt range with the release of a 22 years old expression. The bottlings now spans an age range between 12 and 50 years with this malt filling the large gap between the 16 and 28 year olds. The new whisky has been matured exclusively in first-fill American oak ex-bourbon barrels and was distilled in 1996. It has been bottled at 47% ABV and is non chill-filtered and of natural colour. The Fettercairn 22 years old will be available in specialist whisky retailers from the end of July. A bottle will cost £200/ $250 US. 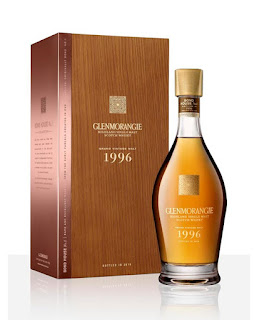 Glenmorangie
The north Highland distillery has announced the latest bottling in the Bond House No.1 Collection - the Glenmorangie Grand Vintage Malt 1996. The new whisky features some of the first ever casks that were created for Glenmorangie using oak from the Ozark Mountains in Missouri, USA that were filled in 1996. A small batch of these casks have been produced every year since under the watchful eye of Dr. Bill Lumsden, the Director of Whisky Creation at Glenmorangie. The Grand Vintage Malt 1996 is bottled at 43% ABV and it will be available in selected specialist whisky and luxury retailers from the end of July. A bottle will cost £635/ $795 US.

"The Grand Vintage Malt 1996 is the oldest whisky we have ever aged in our bespoke casks from the Ozarks. The fresh, floral aromas and luxuriously creamy taste are gloriously enhanced by age."
Dr. Bill Lumsden. 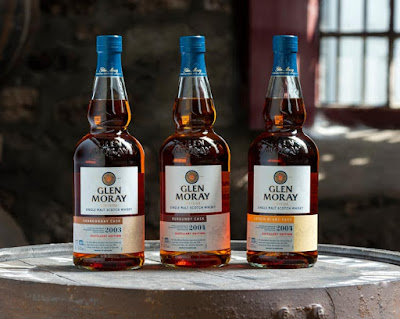 Glen Moray has announced three new whiskies to help fans and collectors who cannot visit the Speyside distillery in Elgin this year due to the worldwide pandemic. The trio of Distillery Edition single cask single malts have all been matured in ex-wine casks - Burgundy, Chardonnay and Chenin Blanc - and are released at their natural cask strengths. These are 60.1%, 58.9% and 60.3% ABV respectively. All are non chill-filtered and of natural colour and were distilled in 2003 or 2004.
To ensure that whisky fans from around the world do not miss out on the annual Distillery Edition exclusives, the team at Glen Moray will offer personal phone consultations headed by Brand Ambassador and Visitor Centre Manager Iain Allan. They will guide callers through the three whiskies, answer questions, make recommendations and take orders.
For a consultation, please call the distillery on 01343-550900 (9am to 5pm BST). The three whiskies will also be available at the visitor centre shop, which has reopened this week. 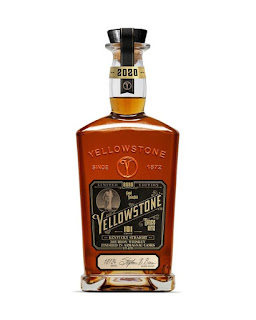 Yellowstone
The Limestone Branch distillery, which was founded in 2011 and is owned by brothers Paul Nad Steve Beam, has announced details of its annual Yellowstone bourbon limited release. The Yellowstone 2020 Edition is a seven years old straight bourbon that has been finished in French oak ex-Armagnac casks. The whiskey is also the first from the brand to feature its new 'heritage' bottle. It is released at 50.%% ABV (101 Proof) and will be released across the USA in September. A bottle is expected to retail for around $100 US.
Get Social With Us
Follow us for regular whisky updates and activities throughout the week.