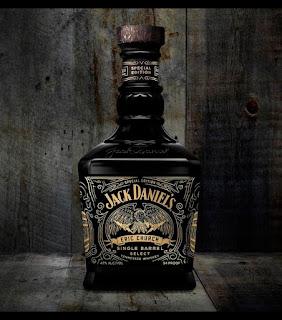 Jack Daniel's
The Tennessee distillery has announced a new limited edition to celebrate the long-standing friendship between the brand and country music star Eric Church. The Jack Daniel's Eric Church Single Barrel is a series of single casks that were hand selected by Church with the help of Jeff Arnett, the Master Distiller at Jack Daniel's, and were taken from the Coy Hill warehouse at the distillery. The whiskey is presented with a specially designed gold and black label and is bottled at 47% ABV (94 Proof). It will be available across the USA from tomorrow (August 1). No indication of price was given in the press release.
Johnnie Walker 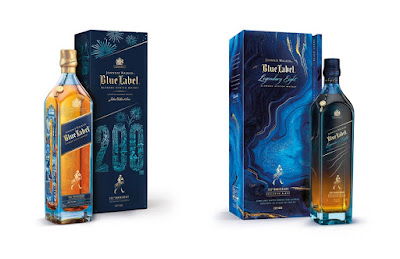 The best selling Scotch whisky brand of Johnnie Walker has announced details of four special bottlings for its 200th anniversary, which is this year. These include three specially created new whiskies, which have been created by Jim Beveridge OBE and his team at Diageo, plus a new limited edition package.
The new packaging is for the Johnnie Walker Blue Label 200th Anniversary Edition (above, left) and features a series of geographical landmarks and cultural symbols that represent how Johnnie Walker has spread across the world.
The Blue Label Legendary Eight (above, right) is an exclusive blend made from old and rare whiskies from eight distilleries that were in operation at the time when John Walker kicked off his legacy. This includes some whisky from long-closed distilleries. 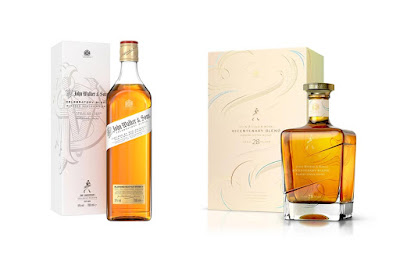 The John Walker & Sons Celebratory Blend (above, left) is inspired by the launch of Old Highland Whisky, a pivitol moment in the history of the Johnnie Walker brand, and features whiskies from distilleries that were producing at that time.
The John Walker & Sons Bicentenary Blend (above, right) has drawn inspiration from the aromas and flavours that would have filled Walker's grocery store in Kilmarnock. It has been crafted using old and rare whiskies, with a minimum age of 28 years, and includes long-closed distilleries such as Cambus, Pittyvaich and Port Ellen. No indication of bottle numbers, price or ABV were given in the press release.
Teeling 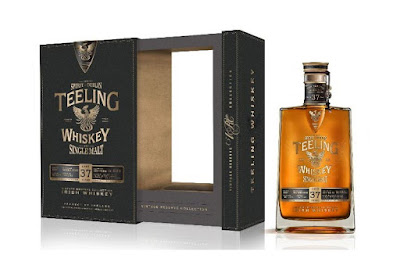 The Dublin-based distillery of Teeling has announced the launch of the latest edition in its Vintage Reserve Collection. The Teeling 37 years old is a single malt and also the oldest expression released by the brand. It follows the 30 and 33 year old whiskies in the series. The single malt was distilled in 1983 and has been matured for the full term in an ex-bourbon cask.
There are just 175 bottles and each has been hand bottled at the natural cask strength of 41.3% ABV and individually numbered. A bottle will cost €7,000/ $8,290 US/ £6,310 and will be available in selected speciaalist retailers worldwide.

"We are extremely proud and lucky to be able to release some of the oldest ever bottlings of Irish single malt with our Vintage Reserve Collection. Each one represents a rare piece of Irish whiskey history in a bottle."
Jack Teeling - Founder of Teeling Whiskey Co.

posted by Whisky For Everyone at 1:57 PM