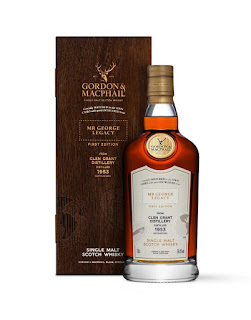 Gordon & MacPhail
The family-owned independent bottling company of Gordon & Macphail have announced the first release in to their new Legacy Series, which will highlight some of their oldest and rarest remaining stocks. The 'Mr George' Legacy 1953 is a single malt from the Speyside distillery of Glen Grant and is bottled at 67 years of age. It is named after George Urquhart, or 'Mr George' to his friends, who was part of the second generation of the family to own Gordon & Macphail. He pioneered the sale of single malts in a blended whisky world and was known as 'the father of single malt'.
The whisky was distilled on Christmas Eve 1953 at Glen Grant and has spent its entire life maturing in a first-fill ex-sherry butt (Cask #4209). It was then bottled in January 2021 at the remarkably high natural cask strength of 59.4% ABV. The cask has yielded just 355 bottles and each will cost £5,000/ $6,970 US. 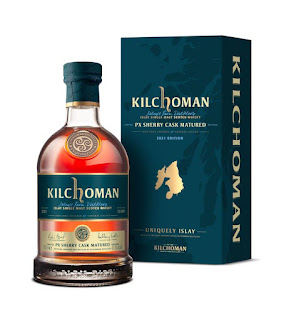 Kilchoman
The family-owned Islay distillery of Kilchoman has revealed details of its latest limited edition - the Kilchoman PX Sherry Cask Matured. The whisky is constructed from 33 casks - nine full maturation ex-Pedro Ximenez sherry casks and 24 that were finished in PX sherry casks for between 12 and 18 months. This has given just 12,000 bottles and these are released at the strength of 47.3% ABV. The Kilchoman PX Sherry Cask Matured will be available in selected specialist retailers globally and will cost £75/ $105 US per bottle.

"Pedro Ximénez casks are not the easiest to work with. That is why we decided on a combination of full maturation and finishing, to balance the distinct PX influence with that of our spirit. I am delighted with the result; big and bold but with a delightful poise and balance of flavour."
Anthony Wills - Founder of Kilchoman. 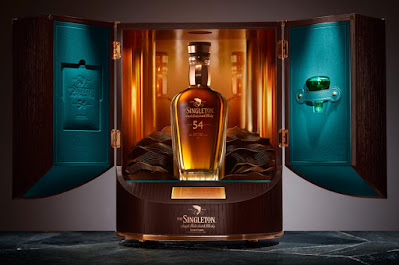 Diageo have announced the second and final release in The Singleton Paragon of Time Collection - The Singleton of Dufftown 54 years old. It is the oldest single malt ever to be released by the company or the Speyside distillery of Dufftown. The whisky was distilled in 1966 and was filled to a European oak cask that has yielded just 235 bottles. The cask was selected by Maureen Robinson, the Master Blender for The Singleton, who gave it a final short finishing period in a single ex-Pedro Ximenez sherry cask.
The Singleton of Dufftown 54 years old is bottled at 44.1% ABV and is presented in a Baccarat crystal decanter decorated with intricate gold leaf. This is housed in a bespoke leather lined wooden cabinet. The 235 bottles will be spread between just five global markets - China, Singapore, Taiwan, the UK and the USA. Each bottle will cost £28,850/ $40,250 US.

"The old distillers of the past laid down this cask in 1966 and it my privilege to be able to awaken their crafted spirits over half a century later. I see it as a beautiful balance of the old art and using our modern finishing to present a precious whisky."
Maureen Robinson.

posted by Whisky For Everyone at 3:48 PM