Welcome to Inbox, our weekly round up of whisky news and PR material that has found its way in to our WFE email. It was created as we cannot write full articles or do justice to every piece received. It features items from around the world of whisky and is published by us each Friday. Within Inbox we aim to write a few lines detailing each press release/piece of news/PR event that we have received and provide links, where possible, for you to find out further information.
Here is the round-up of this week's news ...
________
Dalmore

The north Highland distillery of Dalmore has revealed details of a rare set of single malts - the Dalmore Decades Collection. The series of six whiskies, one each from six decades dating back to the 1950s, were each selected by Richard Paterson, the Master Distiller for Dalmore. Each was chosen to tell 'a distinctive part of Dalmore's evolving story over the years'.
The bottlings come from vintages distilled in 1951, 1967, 1979, 1980, 1995 and 2000. The 1951 is bottled at 60 years of age and comes from just two single ex-sherry casks. The 1967 is 53 years old and has seen some maturation in ex-red wine barrels. The 1979 is 40 years old and has been matured in ex-Oloroso sherry butts, before a final period in ex-Port casks. The 1980 is also 40 years old and celebrates Paterson's arrival at Dalmore, while the 1995 is 25 years old. It has been matured in ex-bourbon barrels before finishing in ex-Port pipes. The 2000 has spent its 20 years in ex-Oloroso sherry butts.
There is only one full set, named The Dalmore Decades No.6 Collection, and it will be auctioned at Sotherby's in Hong Kong in October. In addition, further sets will be available to purchase. The Decades No.5 Collection (featuring the same line-up minus the 1951 bottle) will cost £200,000/ US$277,785. There will be just 15 sets. The Decades No.4 Collection, featuring the four younger expressions, will cost £100,000/ US$138,892. There will be 25 sets. They can be purchased via selected luxury retailers worldwide. 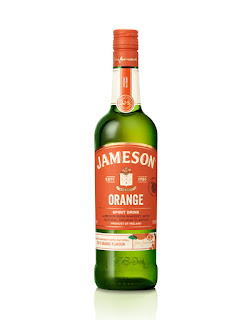 Jameson
Ireland's largest selling whiskey brand has announced the another flavoured expression to join its core range - Jameson Orange. It follows hot on the heels of Jameson Cold Brew, a coffee flavoured spirit drink, and is designed to be used in classic cocktails such as an Old Fashioned. The new addition sees natural orange flavouring combined with Jameson's triple distilled Irish whiskey. Jameson Orange is bottled at 30% ABV and is available now in the UK. It will then move to other world markets from next month, beginning with Russia. It will then be available in the USA from 2022. A bottle will cost £24.

"Like with Cold Brew, Jameson Orange’s flavours are inspired by a classic whiskey cocktail. We are confident that this focus on taste and quality will appeal to a broad audience of whiskey fans, bartenders, and curious spirit drinkers."
Brendan Buckley / International Marketing Manager at Irish Distillers. 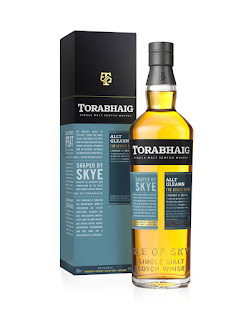 Torabhaig
The Torabhaig distillery, which is based on the isle of Skye, has released its second single malt - the Torabhaig Allt Gleann. This follows the inaugural Legacy Series 2017 bottling that was released in February. Allt Gleann, meaning 'old glen' in Gaelic, is the second of four planned releases for 2021 and 2022 in The Legacy Series. The new whisky was created from just 30 casks that were distilled and filled in 2017. It is bottled at 46% ABV and is both non chill-filtered and of natural colour. Torabhaig Allt Gleann is available from the distillery shop and via selected specialist whisky retailers. A bottle will cost £50.
Get Social With Us
Follow us for regular whisky updates and activities throughout the week.

posted by Whisky For Everyone at 11:41 AM