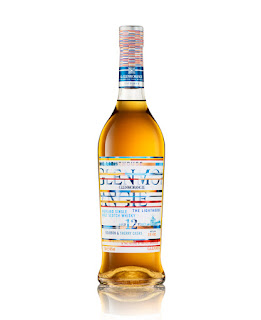 This new whisky has been released to celebrate the official opening of the new Lighthouse facility at the famous north Highland distillery of Glenmorangie. The Glenmorangie Lighthouse 12 years old is a combination of ex-bourbon barrels and ex-sherry casks, with a ratio of 80% to 20% respectively. It is exclusively available at the Glenmorangie distillery shop. The new single malt is the brainchild of Dr. Bill Lumsden, the Director of Whisky Creation at Glenmorangie, and is released at the strength of 48% ABV. It is also non chill-filtered. There are just 4,782 bottles in the limited batch and each will cost £85. The Lighthouse distillery stands at the heart of Glenmorangie and features a new stone brewhouse and 20 metre high glass stillhouse. The facility, which was also the brainchild of Dr. Bill Lumsden, is designed to allow experimentation and innovation at all stages of the whisky making process. This includes the use of non-traditional grains, different mashing and brewing techniques and altering distillation at various points through the stills (these are exact replicas of the tall stills in the main distillery).
The casks used for the Lighthouse 12 years old expression have also been creatively woven into the fabric of the building in the form of a wood-aluminium hybrid cladding. This can been seen through the glass panelling. The Lighthouse is powered by biogas generated from the main distillery and is one of the most eco-friendly and sustainable new distilleries in the world. It also features a sensory lab on the top floor which overlooks the Dornoch Firth and beyond.

"The Lighthouse is our new home of imagination. Here we can indulge our most fantastical ideas as we strive to create a whole array of different flavours. We will play with raw ingredients, making both small adjustments and big changes, in ways never tried before. Nothing is off limits."
Dr. Bill Lumsden.

Our tasting notes
The colour is golden yellow with a hint of copper and the nose is elegant, fragrant and sweet. Notes of vanilla fudge, toffee and sultanas rise from the glass and are followed by golden syrup, apricot jam and a hint of baking spices. Hints of milk chocolate, honeycomb and orange oil are also evident.
On the palate this whisky is soft, gentle and mouthcoating. Initial notes of vanilla custard and toffee are quickly joined by some golden syrup and dried fruits (think of big juicy sultanas especially, plus raisins and candied orange peel). Then comes crumbly brown sugar and that apricot jam from the nose, along with hints of warm ginger cake and warming baking spices (think of cinnamon and all-spice in particular). These baking spices evolve nicely with time and wrap around everything to give a little dryness towards the finish. Later notes of creamed coconut, cocoa powder and toasted walnuts along with a hint of dried tropical fruits are also present.
The finish has decent length and begins sweetly. The dried fruits and honey-like sweetness slowly fades and this reveals the baking spices, oak and some malty cereals. This creates a delicious warmth and depth with an increasing dryness with time.
What's the verdict?
This Glenmorangie Lighthouse 12 years old is an absolute stunner. It exhibits the elegance and class that we have grown to expect from the brand and has just enough sherry cask influence to show, but not overpowers the delicate spirit. Simply put, it is a beautiful and expertly crafted whisky. We will sip and savour our bottle and maybe share it with a few lucky friends.
We are also very interested to see what may come out of the Lighthouse in the future. We love the innovative concept but companies like LVMH, Glenmorangie's owners, do not spend £8 million without wanting to see some return. The pressure is on for some of the experiements to work and get out to market. But we suspect we will have have to wait a few years for that to happen.
posted by Matt C at 5:34 PM