Welcome to Inbox, our weekly round up of whisky news and PR material that has found its way in to our WFE email. It was created as we cannot write full articles or do justice to every piece received. It features items from around the world of whisky and is published by us each Friday. Within Inbox we aim to write a few lines detailing each press release/piece of news/PR event that we have received and provide links, where possible, for you to find out further information.
Here is the round-up of this week's news ...
________
Glenallachie 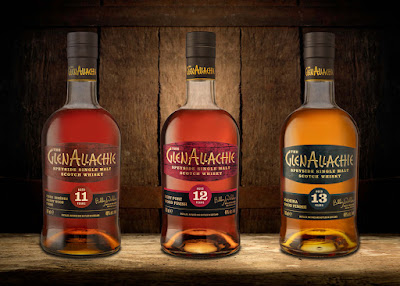 The boutique Speyside distillery of Glenallachie have announced three new limited editions to go into the Wood Finishes Series. The latest additions feature whiskies finished in ex-Pedro Ximenez sherry, ex-Ruby Port and ex-Madeira wine casks. All have been created in small batches and are bottled at 48% ABV. They are also all non chill-filtered and of natural colour.
The Glenallachie Pedro Ximenez Sherry Wood Finish 11 years old has been matured in American oak ex-bourbon barrels for nine years before being transferred for a final two year period to the sweet sherry casks. The Ruby Port Wood Finish 12 years old has seen ten years of maturation in American oak ex-bourbon casks before being re-racked to Port pipes for the remaining two years. The Madeira Wood Finish 13 years old has been matured for 11 years in American oak before two years of finishing in Madeira barrels. They will be available in limited numbers in selected global markets. The prices are £60, £63 and £68 respectively. 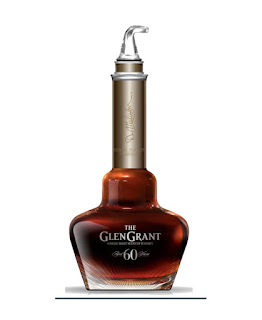 Glen Grant
The large Speyside distillery of Glen Grant has released its oldest ever whisky in its 181 year history - the Glen Grant 60 years old : The Dennis Malcolm 60th Anniversary Edition. The new bottling celebrates the six decade career of Dennis Malcolm OBE, the legendary Master Distiller of Glen Grant who was actually born at the distillery. He is one of Scotland's oldest serving distillers. The whisky comes from a single ex-Oloroso sherry cask (Cask #5040) that was filled in October 1960 by Malcolm's father, who also worked at Glen Grant before him.
The cask has yielded just 360 bottles and is bottled at the remarkable natural cask strength of 52.8% ABV. The whisky is presented in a crystal decanter that was specially designed by Glencairn, the renowned Scottish glassware studio. The decanter is a representation of Glen Grant's stills and features an engraving of Malcolm's signature. It comes presented in a black wooden casket that is accompanied by a dertificate of authenticity personally signed by Malcolm. Each decanter will cost £21,500/ €25,000. 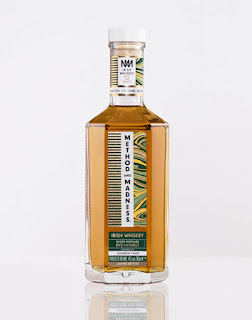 Method & Madness
The innovative Irish whiskey brand of Method & Madness has announced its latest limited edition experiment - the Method & Madness Rye and Malt. The new whiskey is the first to be released that has been distilled at Irish Distillers' micro distillery within their larger Midleton facility. The Micro Distillery began production in 2015 and this spirit was created by Katherine Condon from the distilling team. The whiskey features a cereal mix of 60% rye and 40% malted barley. This has been double distilled and then matured in American oak ex-bourbon barrels.
The creation was inspired by the discovery of notebooks dating back to 1857 that showed rye was being used by John Jameson III. The Method & Madness Rye and Malt is bottled at 46% ABV and is available via selected specialist retailers online and in Ireland and the UK. A bottle will cost £70/ €82.

"We have been inspired by the innovators in Irish whiskey who came before us. In turn, we have questioned tradition and challenged convention to follow their inspiration and drive the category forward for a new generation."
Katherine Condon. 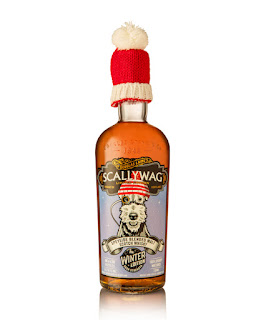 Scallywag
The blended malt brand Scallywag has revealed a new limited edition - the Scallywag Cask Strength Winter Edition. The seasonal bottling is restricted to just 4,200 bottles and as with all Scallywag expressions is created using only Speyside single malts. To reflect to colder weather and forthcoming festive period, these whiskies have been exclsuively matured in either ex-Oloroso or ex-Pedro Ximenez sherry casks. It is bottled at the natural cask strength of 53.1% ABV and is both non chill-filtered and of natural colour. It will be available globally through selected specialist retailers and will cost £50/ €55 per bottle.
Get Social With Us
Follow us for regular whisky updates and activities throughout the week.

posted by Whisky For Everyone at 5:20 PM