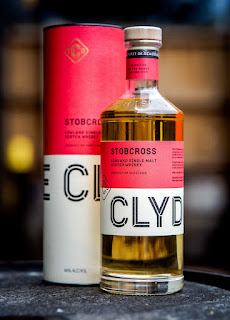 Clydeside
The Glasgow-based Clydeside distillery has released its first ever single malt bottling entitled Stobcross. The name refers to an ancient cross that was located close to the distillery site, that sits on Stobcross Road on the banks of the River Clyde. The whisky has been matured in both American oak ex-bourbon and European oak ex-sherry casks. The spirit was made using 100% Scottish barley and water drawn from Loch Katrine. The Clydeside Stobcross is bottled at 46% ABV and will initially be available from the distillery shop and website. A wider UK and global release is planned for later in the year. A bottle will cost £45/ ¢62 US.

"This marks a culmination of years of hard work. Our whisky has been patiently waiting for almost four years. This precious time, along with our distiller’s skills and craftsmanship, has created something truly special. We are incredibly proud of our very first single malt."
Andrew Morrison / Commercial Director at Clydeside Distillery. 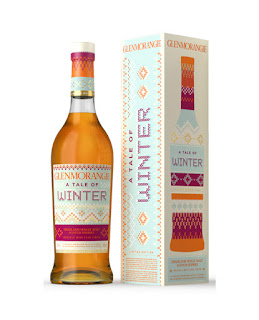 Glenmorangie
The north Highland distillery of Glenmorangie has revealed a seasonal limited edition single malt - the Glenmorangie A Tale of Winter. The new whisky is inspired by the cosy quality of a thick winter jumper and was created by Dr. Bill Lumsden, the Director of Whisky Creation at Glenmorangie. The whisky was initially matured in ex-bourbon casks before finishing for a period of time in ex-Marsala wine casks from Sicily. Glenmorangie A Tale of Winter is bottled at 13 years of age and 46% ABV. It is also non chill-filtered and will be available globally via selected specialist whisky retailers from November. A bottle will cost £75/ $105 US. 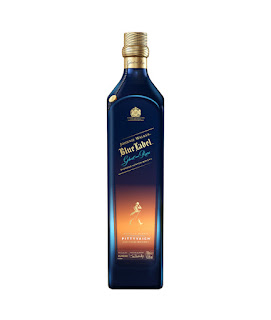 Johnnie Walker
Johnnie Walker has announced the fourth bottling in its highly acclaimed Blue Label Ghost & Rare series. The series highlights old and rare whiskies from closed distilleries. This new release focuses on the 'ghost' Speyside distillery of Pittyvaich, which operated from 1974 to 1993 and was located in Dufftown. Its creator is Dr. Jim Beveridge, the Master Blender for Johnnie Walker, and features two other 'ghost' closed distilleries of Carsebridge and Port Dundas. Other rare whiskies included come from the Highland and Speyside distilleries of Auchroisk, Cragganmore, Mannochmore, Royal Lochnagar and Strathmill.
The Johnnie Walker Blue Label Ghost & Rare Pittyvaich follows previous bottlings focussing on Brora in 2017, Port Ellen in 2018 and Glenury Royal in 2019. It is released at 43.8% ABV and will be available globally via specialist whisky and luxury retailers from November. A bottle will cost £275/ $380 US.

"Pittyvaich may only have thrived for a short period, but the whisky has something unmistakable. Its distinct character has always intrigued us and fired our imagination to create something really special that would pay tribute to the whisky makers of this Speyside distillery."
Dr. Jim Beveridge.

posted by Whisky For Everyone at 11:55 AM