Welcome to Inbox, our weekly round up of whisky news and PR material that has found its way in to our WFE email. It was created as we cannot write full articles or do justice to every piece received. It features items from around the world of whisky and is published by us each Friday. Within Inbox we aim to write a few lines detailing each press release/piece of news/PR event that we have received and provide links, where possible, for you to find out further information.
Here is the round-up of the news from this last week ...
________ 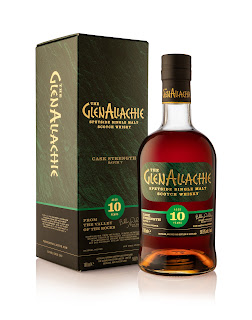 Glenallachie
The Speyside distillery of Glenallachie has revealed details of the latest release in its award-winning 10 years old Cask Strength series. Batch 7 has seen whisky matured in ex-Pedro Ximenez and ex-Oloroso sherry casks, plus ex-Rioja red wine barrels and virgin oak casks. These have been married together by Billy Walker, the Master Distiller for Glenallachie. The Glenallachie 10 years old Cask Strength Batch 7 is limited edition and presented at 56.8% ABV. It is both non chill-filtered and of natural colour. No indication of bottle number was provided. It will be available in selected specialist retailers globally and will cost £63/ $84 US per bottle. 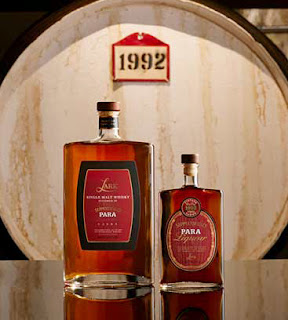 Lark
The Tasmanian distillery of Lark, one of the pioneers of the Australian whisky scene, has announced a special bottling to celebrate its 30th anniversary. The rare single malt will be added to its Rare Cask Series. For the special release, named Rare Cask Para 92, the distillery has teamed up with iconic Australian winery Seppeltsfield. The whisky has been finished in ex-Para Liqueur casks, a fortified wine-based drink produced by Seppeltsfield, that date from 1992 - the year of Lark's first distillation. There are just 3,000 bottles and it is released at 46.4% ABV.
The Lark Rare Cask Para 92 will retail for $500 AUS/ $365 US. This price includes a 50cl bottle of the whisky and a 10cl bottle of Seppeltsfield 1992 Para Liqueur. It will be available in Australia and selected world markets. 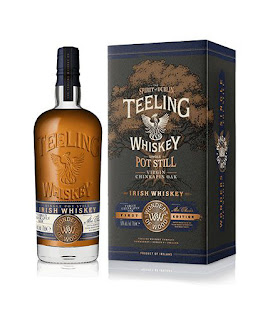 Teeling
The family-owned Irish distillery and brand of Teeling has announced the first single pot still whiskey in a new series - the Teeling Wonders of Wood : Virgin Chinkapin Oak. The Wonders of Wood series will showcase unorthadox wood types. The whiskey is made using 50% malted barley and 50% unmalted barley, and is triple distilled at the company's Dublin distillery. The first bottling has been fully matured in barrels made of virgin Chinkapin oak from north America. It will be available exclusively in Ireland for a period before being exported to markets in Asia, Europe and the USA. Details of price were not given.
Get Social With Us
Follow us for regular whisky updates and activities throughout the week.

posted by Whisky For Everyone at 5:48 PM