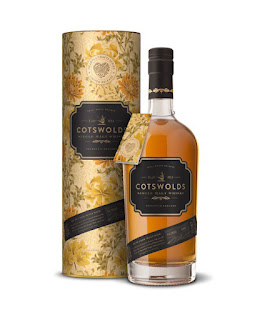 Cotswolds
The English distillery of Cotswolds has announced the latest addition to its Hearts & Crafts Collection. The series of limited edition whiskies is inspired by the work of designer and craftsman William Morris, who lived in the Cotswolds at Kelmscott Manor. The new release has seen the spirit made from 100% Cotswolds barley and then matured in rejuvenated French oak ex-red wine casks that were seasoned with Caribbean rum. All bottles are presented in a William Morris design tube. The exact number of bottles was not revealed in the press release.
The Cotswolds Hearts & Crafts Rum Cask Matured single malt is bottled at 55.6% ABV and is both non chill-filtered and of natural colour. It is exclusive to the Cotswold distillery's shops, visitor centre and website. A bottle will cost £74.95.

"I have always loved a good sipping rum, but often feel let down by 'rum-finished' single malts. This wonderful new Hearts & Crafts bottling really delivers. Our focus on full-term maturation, rather than finishing, making this whisky both finely balanced and immensely satisfying."
Daniel Szor / Founder of Cotswolds. 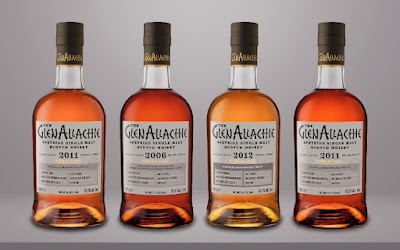 The Speyside distillery of Glenallachie has announced the release of four single cask bottlings. Three will be exclusive to UK specialist whisky retailers with the fourth exclsuively for sale at this weekend's Spirit of Speyside festival. All are released at their natural cask strength and are of both natural colour and non chill-filtered. Each single cask was selected by Billy Walker, the Master Blender for Glenallachie.
The UK exclusive trio form Batch 6 of Glenallachie's single cask series. These feature Cask #1036 - an ex-Bordeaux red wine Premier Cru Classé Barrique that was filled in 2011 and aged for 11 years. It is bottled at 59.9% ABV and will cost £100. Cask #5386 is an ex-Tawny Port Hogshead and is bottled at 10 years old and 56.5% ABV. A bottle will cost £95. Cask #806890 is a true rarity. It is an ex-bourbon barrel that was filled with peated spirit in 2012. This was not distilled very often at Glenallachie. It is released at 9 years old and 60.1% ABV. A bottle will cost £90.
The Spirit of Speyside exclusive will only be available at the distillery, which is located near Aberlour. Cask #3292 was distilled in 2006 and is bottled at 15 years old. It started life in an ex-bourbon barrel before being transferred to a first-fill ex-Oloroso sherry puncheon and finally an antique ex-Oloroso sherry butt. A bottle will cost £175. 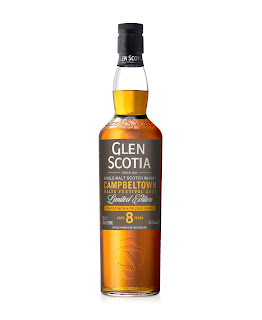 Glen Scotia
The Campbeltown distillery of Glen Scotia has announced details of its special limited edition bottling for the forthcoming Campbeltown Malts Festival. The Glen Scotia Festival Release 2022 is an 8 year old single malt that has been maturing in ex-bourbon barrels before being transferred for a 12-month finishing period in ex-Pedro Ximenez sherry hogsheads. The spirit is heavily peated, unlike most from Glen Scotia. It is bottled at the natural cask strength of 56.5% ABV and is both non chill-filtered and of natural colour.
The Glen Scotia Festival Release 2022 will be available at the distillery and on Glen Scotia's online store during the festival and via selected specialist whisky retailers worldwide. A bottle will cost £55/ $70 US. 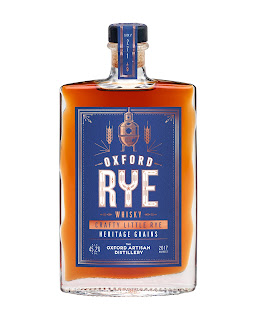 TOAD
The Oxford Artisan Distillery has announced the release of Batch #6 of their rye whisky - Crafty Little Rye. The whisky continues the brand's exploration of heritage cereal varieties and is made from a mix of 90% maslin (70% rye and 20% wheat grown in the same field) and 10% malted barley. The resulting spirit was matured in a virgin American oak cask for two years and one month, before being transferred to an ex-Vintage Port cask for a finishing period of one year and two months. It has been bottled at 45.2% ABV and in 20cl glass flasks - a decision taken to try an improve accessibility for consumers.
Bottles of Crafty Little Rye will only be available via a ballot through the TOAD website today (April 29) or from the distillery shop in Oxford. Each 20cl flask will cost £25.
Get Social With Us
Follow us for regular whisky updates and activities throughout the week.

posted by Whisky For Everyone at 1:29 PM