Welcome to Inbox, our weekly round up of whisky news and PR material that has found its way in to our WFE email. It was created as we cannot write full articles or do justice to every piece received. It features items from around the world of whisky and is published by us each Friday. Within Inbox we aim to write a few lines detailing each press release/piece of news/PR event that we have received and provide links, where possible, for you to find out further information.
Here is the round-up of the news from this last week. There is quite a bit ...
________
Aberfeldy 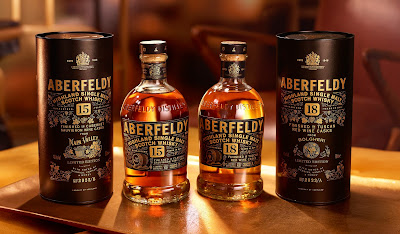 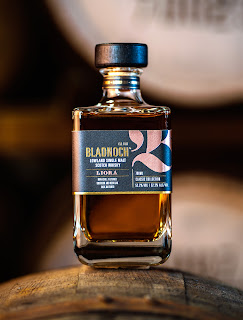 Bladnoch
The Lowland distillery of Bladnoch has announced the latest addition to its Classic Collection - the Bladnoch Liora. The new bottling will sit aside the Alinta, Vinaya and Samsara in the range. It is the first of these to be released at a 'distiller's strength'. Liora has been created by Dr. Nick Savage, the Master Blender for Bladnoch, and sees a marriage of first-fill ex-bourbon and virgin oak casks. Liora means 'gift of light' in Hebrew and is bottled at 52.2% ABV. It is both non chill-filtered and of natural colour. It will initially be sold only in the UK, at the distillery shop and via the Bladnoch website. Wider distribution will follow later. A bottle will cost £70. 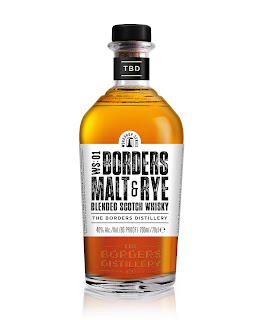 Borders
The Borders Distillery in Hawick have announced the inaugural bottling in a new series of whiskies called The Workshop Series - WS:01 Borders Rye & Malt. The series is designed 'to respect the rules but challenge the status quo'. It represents the first whisky released by Borders to be entirely distilled at the distillery. The new product is a marriage of Borders single malt with a smaller percentage of rye spirit. Both have been matured in first-fill ex-bourbon casks. There will be 9,000 bottles in total - 6,000 for the UK and 3,000 for others worldwide. A bottle will cost £40 and will initially be available only from the Borders online shop. 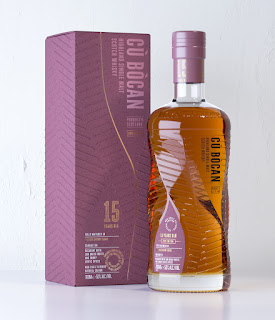 Cù Bòcan
The Highland peated single malt brand of Cù Bòcan has released its first ever age statement bottling - the Cù Bòcan 15 years old. The whisky will be released as an annual limited edition with the 2022 Edition being the first. Cù Bòcan is a peated single malt distilled for a short period each Winter at the Tomatin distillery near Inverness. This bottling includes some of the oldest peated spirit available and has been matured in ex-Oloroso sherry barrels. Cù Bòcan 15 years old is bottled at 50% ABV and is limited to just 3,000 bottles. Each will cost £95 and will be available in specialist whisky retailers worldwide. 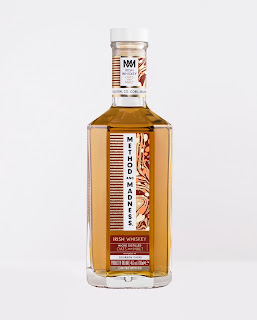 Method & Madness
The experimental whiskey brand from Irish Distillers has announced its latest innovative release - the Method & Madness Oats and Malt. The whiskey handcrafted using a mashbill of 60% oats and 40% malted barley, and then triple distilled through copper pot stills at the Midleton Micro Distillery. It is just the second whiskey to be released that has been entirely made at the distillery. The lead distiller was Katherine Condon and the lead blender on the project was Eva O'Doherty. The Method & Madness Oast and Malt will be available in selected markets including Ireland, Dublin Airport, the UK and online. A bottle will cost €95/ £84.
Get Social With Us
Follow us for regular whisky updates and activities throughout the week.

posted by Whisky For Everyone at 1:36 PM