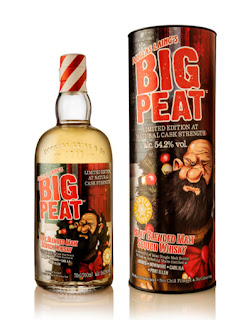 Douglas Laing
It has been a busy week at the family-owned independent bottlers and whisky maker Douglas Laing & Co, as they have announced no less than three new bottlings. The first sees a return of the Big Peat Christmas Edition (pictured, left), the annual festive release for the company's Islay blended malt. Although limited the exact number of bottles was not revealed in the press release. The Big Peat Christmas Edition 2022 has been bottled at the cask strength of 54.2% ABV and is both non chill-filtered and of natural colour. A bottle will cost £57.50/ €68.50. 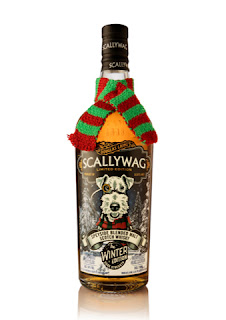 The Scallywag Winter Edition (pictured, right) is the third annual release in the Speyside single malt's Seasonal Series. The whiskies involved come only from Speyside distilleries and have been exclusively matured in either ex-Oloroso or ex-Pedro Ximenez sherry casks. The Scallywag Winter Edition 2022 is limited to just 5,400 bottles and is bottled at the cask strength of 54% ABV. It is both non chill-filtered and of natural colour. A bottle will cost £57.50/ €68.50. Both releases will be available from the end of September in specialist whisky retailers in selected markets included Asia, Europe, the UK and the USA. 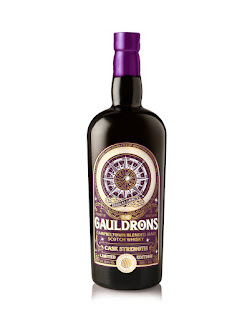 The third release is the second edition of the Gauldrons Cask Strength (pictured, left). The brand is named after the Gauldrons area of Campbeltown that was a former hotbed of distilling in the late Victoria era. The whisky contains only single malts from Campbeltown. There are just 3,120 bottles in the batch and it is released at the strength of 53.4% ABV. As with the other two bottlings it is both non chill-filtered and of natural colour. The Gauldrons Cask Strength will be available from early October in Asia, Europe and the USA. A bottle will cost £60/ €70. 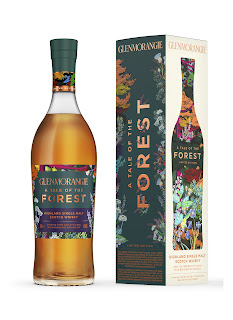 Glenmorangie
The north Highland distillery of Glenmorangie has revealed details of the third release in its annual Tales series - A Tale of the Forest. It follows A Tale of Cake and A Tale of Winter. This year's edition takes inspiration from Dr. Bill Lumden's walks through woodland close to his home. Glenmorangie's Director of Whisky Creation has evoke the sights, sounds and smell of the forest by using barley kilned with woodland botanicals. This traditional practice sees the barley dried with small quantities of peat, juniper, pine, heather and birch bark. The packaging has been designed by illustrator Pomme Chan.
A Tale of the Forest is bottled at 46% ABV and will cost £75 per bottle. It is available from early October with a two-week exclusive period with London department store Selfridge's. Wider distribution throughout the UK, Europe and world markets will then follow. The launch is supported by A Tale of the Forest takeover of The Green Bar in London's Cafe Royal from October 12 until December. Special cocktails have been created for the takeover by forager and mixologist Emil Åreng.

Penderyn
The Welsh distillery of Penderyn has announced the latest release in their Icons of Wales series - The Headliner. It is the ninth bottling in the collection which is inspired by influential Welsh figures. The Headliner celebrates David Lloyd George, the only Welshman to ever hold the position of UK Prime Minister. He was a renowned social reformer and created the 'three years and a day' minimum age restriction for whisky - one of the main reasons it is now seen as a luxury product. The Penderyn Icons of Wales #9 is bottled at 46% ABV and features whisky matured in ex-Jamaican rum and ex-Ruby Port casks. A bottle will cost £55 and is available from the Penderyn website.
Get Social With Us
Follow us for regular whisky updates and activities throughout the week.

posted by Whisky For Everyone at 12:42 PM