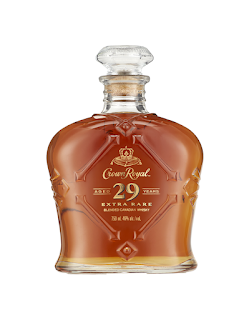 Crown Royal
The popular Canadian blended whisky of Crown Royal has announced a limited edition super-premium bottle - the Crown Royal 29. It is the latest addition to the brand's Higher Marques range. The rye whisky was produced at Crown Royal's distillery in Gimli, Manitoba and has been aged for a minimum of 29 years in oak barrels. There are just 6,000 bottles and each is presented in a bespoke decanter and velvet bag. Crown Royal 29 will be available in selected 10 American states including Arizona, California, Florida, Pennsylvania and Texas. A bottle will retail for US$399.
Maker's Mark 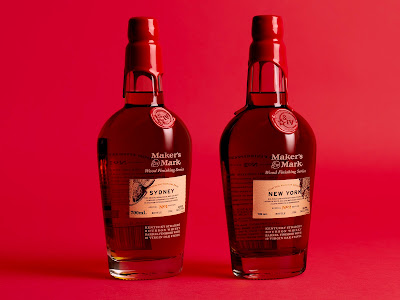 The Kentucky wheated bourbon brand of Maker's Mark has released two city-inspired new bottlings that will form the beginning of a new travel retail exclusive range. The City Series has launched with the New York Edition and Sydney Edition with each whisky exclusive to its respective city's airports. Brand owner Beam Suntory state that the new releases will offer unique flavour profiles for each city and the series is the result of a decade of wood science innovation.
The New York Edition (pictured, above right) is described as 'big, bold and complex' and will cost US$95 per bottle. The Sydney Edition (pictured, above left) is said to be 'herbaceous and vibrant' and is presented at a cask strength of 52.6% ABV. A bottle will cost AU$140. Each bottling will be accompanied by 'disruptive and experiential' activations at each airport.
Uncle Nearest 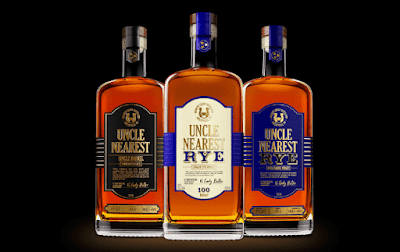 The Tennessee distillery of Nearest Green has announced three new whiskeys to add to their Uncle Nearest range. The trio is headed by the Uncle Nearest Rye 100 Proof (pictured, above centre), which is available now, and will be joined by the Single Barrel Black Label on Black Friday (November 25) and the Single Barrel Rye on December 15 in time for Christmas.
Each expression has been created by Victoria Eady Butler, the Master Blender for Uncle Nearest. The three whiskeys are respectively priced at US$59, US$79 and US$89. They will only be available at the distillery in Shelbyville, Tennessee or via selected online retailers. 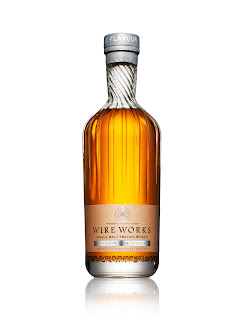 White Peak
The English distillery of White Peak has announced the release of its latest limited edition single malt - the Wire Works Virgin Oak Cask Finish. The new whisky features the Derbyshire-based distillery's lightly peated spirit which has been initially matured in first-fill ex-bourbon barrels before a short finishing period in virgin American oak casks. It has been released at 51.7% ABV and is limited to just 3,000 bottles. The Wire Works Virgin Oak Cask Finish is available to purchase from the White Peak website and selected specialist whisky retailers in the UK. Each bottle will cost £67.
Get Social With Us
Follow us for regular whisky updates and activities throughout the week.

posted by Whisky For Everyone at 3:38 PM