Welcome to Inbox, our weekly round up of whisky news and PR material that has found its way in to our WFE email. It was created as we cannot write full articles or do justice to every piece received. It features items from around the world of whisky and is published by us each Friday. Within Inbox we aim to write a few lines detailing each press release/piece of news/PR event that we have received and provide links, where possible, for you to find out further information.
Here is the round-up of the news from this last week.
________
Bimber 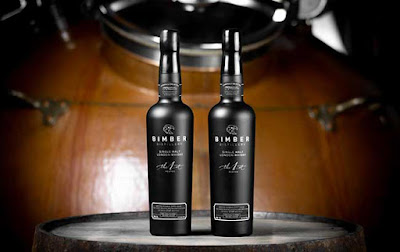 The Bimber distillery has announced the release of its inaugural peated single malt - The 1st Peated. The new whisky is entirely composed of spirit from the west London distillery's first ever peated run, which took place in May 2019. Just four ex-bourbon barrels have been selected for The 1st Peated by Founder and Master Distiller Dariusz Plazewski. The whisky has been recorded as having an 'in bottle' reading of 14.4PPM (Phenol Parts per Million). It has been bottled at 54.1% ABV and will be available via a ballot on the Bimber website from Monday 28 November. Each bottle will cost £130.

"This release represents a major milestone on the continued journey of Bimber. Not only is it the culmination of several years of investigation and passion, but being entirely produced by-hand, in-house – it also truly embodies our continued dedication to traditional production methods."
Dariusz Plazewski. 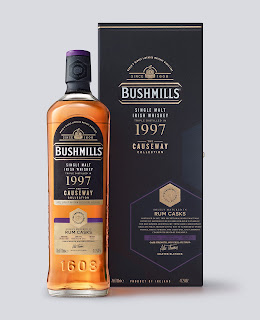 Bushmills
The Northern Irish distillery of Bushmills has expanded its premium Causeway Collection with an additional bottling - the 1997 Rum Cask. It is the first whiskey in the series to be created by Alex Thomas, the new Master Blender for Bushmills. The collection pays homage to some of the more unorthodox casks in the distillery's warehouses. The spirit was filled to American oak ex-Caribbean rum barrels in February 1997 and has undergone a 25-year maturation. The Bushmills Causeway Collection 1997 Rum Cask is bottled at 46.2% ABV and is restricted to just 1,350 bottles. They will only be available in selected UK specialist retailers with each costing £399.
Loch Lomond 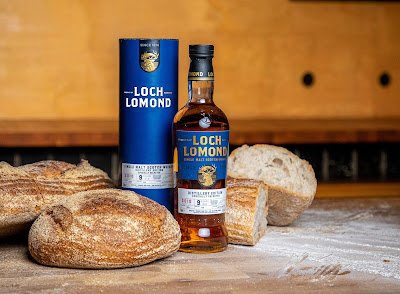 The Loch Lomond distillery has launched a new series of whiskies that will see it work with like-minded artisan creators to bring new people into the world of whisky. The Remarkable Makers campaign has started with a collaboration with London-based craft bakery chain Bread Ahead and is inspired by the role that yeast plays in both whisky and bread making.
The series will feature a series of single cask Distillery Editions with the first a 9-year old that was fermented using Chardonnay wine yeast. The Loch Lomond Distillery Edition 9 year old was distilled in 2010 and the single American oak cask has yielded just 270 bottles. It has been bottled at the natural cask strength of 57.1% ABV and will be avialable in selected world markets. A bottle will cost £65.

"At Loch Lomond we are fuelled by an eternal spirit of exploration and are always seeking to experiment with what is possible. Very few distilleries use chardonnay wine yeast in the fermentation process. The result is an exceptional single malt characterised by a distinctive zesty flavour."
Michael Henry / Master Blender at Loch Lomond.

posted by Whisky For Everyone at 11:31 AM