Welcome to Inbox, our weekly round up of whisky news and PR material that has found its way in to our WFE email. It was created as we cannot write full articles or do justice to every piece received. It features items from around the world of whisky and is published by us each Friday. Within Inbox we aim to write a few lines detailing each press release/piece of news/PR event that we have received and provide links, where possible, for you to find out further information.
Here is the round-up of the news from this last week.
________
Dalmore 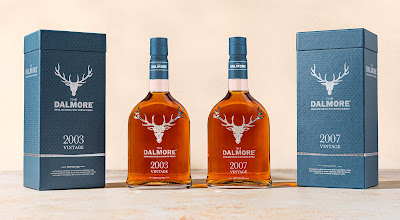 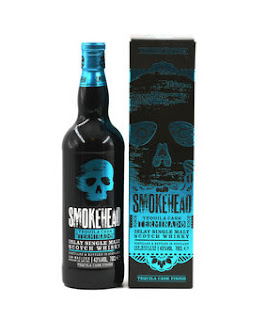 Smokehead
The Islay single malt brand of Smokehead has released their latest limited edition - the Smokehead Terminado. The new bottling follows the brand's recent experimentation with different cask types that has included ex-rum and ex-stout barrels. Terminado has seen a finishing period in ex-tequila casks from Jalisco in Mexico. The exact number of bottles has not been revealed. Smokehead Terminado is released at 43% ABV and is initially exclusive to the Amazon and Smokehead websites. A bottle will cost £69/ US$83.

"Smokehead is a brand that constantly pushes the boundaries of what a single malt whisky is and how it is perceived. By embracing contemporary methods of finishing, we’re at the forefront of innovation."
Iain Weir / Brand Director of Smokehead. 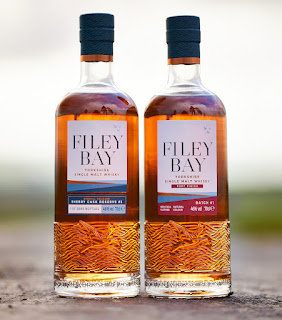 Spirit of Yorkshire
The Spirit of Yorkshire have announced details of two new limited editions of their Filey Bay single malt - the Port Finish Batch #1 and the Sherry Cask Reserve #3. The Filey Bay Port Finish Batch #1 (pictured, right) was distilled and filled to ex-bourbon casks in mid-2017, before being transferred to ex-Ruby Port casks in late-2020 for a two year finishing period. Just 10 casks have been used and these have yielded just 3,300 bottles at 46% ABV. Each will cost £65.
The Filey Bay Sherry Cask Reserve #3 (pictured, left) is the third annual bottling in the Sherry Cask Reserve series, which is released each Autumn. The spirit has been matured for its full term in ex-Fino sherry hogsheads. Just five have been used for the release and there are 2,000 bottles at 46% ABV. Each will cost £75. Both are available via spiritofyorkshire.com, at the distillery shop and through selected specialist whisky retailers in selected global markets. 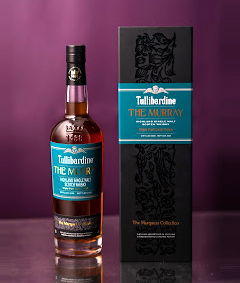 Tullibardine
The Highland distillery of Tullibardine has announced the release of the latest whisky into its limited edition Marquis Collection - The Murray Triple Port. The spirit used was all distilled in 2008 and is the 12th bottling in the series, which was launched in 2016. The whisky has been finished in three types of ex-Port cask - white Port, Ruby Port and Tawny Port - before being combined to create the final product. Tullibardine The Murray Triple Port is released at 46% ABV and is limited to just over 18,000 bottles. It will be available worldwide via specialist whisky retailers and will cost £65/ US$80.
Get Social With Us
Follow us for regular whisky updates and activities throughout the week.

posted by Whisky For Everyone at 11:48 AM