Within Inbox we aim to write a few lines detailing each press release/piece of news/PR event that we have received and provide links, where possible, for you to find out further information.  This week's edition features news on Jack Daniels's, Laphroaig and Something Special ... 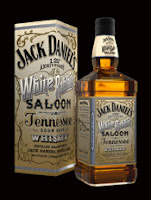 Jack Daniel's - White Rabbit Saloon
The famous Tennessee whiskey brand of Jack Daniel's have launched a limited edition package to celebrate their 120th anniversary.  The White Rabbit Saloon was originally released earlier this year in the USA, but a small amount of stock has now been released to the European and UK markets.  The release is named after the bar in Lynchburg which was owned by Jack Daniel himself, but was closed down because of the Prohibition period and never re-opened.

The whiskey within the bottle is the regular Jack Daniel's No.7 but each special package is individually numbered.  By registering this number on the Jack Daniel's website, you will receive a certificate of ownership for your bottle.  Althought he actual number of bottles has not been revealed, the White Rabbit Saloon is sure to be a collector's item.  Jack Daniel's have released the short video below about the release ...

Laphroaig - Live aus Deutschland
The details of Laphroaig's annual live broadcast have been announced.  This year, the iconic Islay distillery takes its Laphroaig Live show to Germany as it continues its globe trotting.  Previous shows have been broadcast from Australia, Scotland and Spain. Laphroaig Live 2012 will take place on next Thursday 29 September and will be broadcast at 9pm local time (that's GMT +1, so 8pm in the UK for example).

A panel of special guests - Laphroaig distillery manager John Campbell, Laphroaig Master Blender Robert Hicks, whisky writer Bernhard Schäfer and our good friend Pierre Thiebaut from whisky social network site Connosr - will take assembled guests and watching viewers from around the world through a whisky tasting which will be accompanied by German beer that has been matured in ex-Laphroaig casks and Laphroaig infused German sausages.

You can watch the fun live on www.laphroaig.com or live on Whisky For Everyone, as we have been granted special permission to show the live stream on our blog.  A huge thanks to the guys at Laphroaig for that. 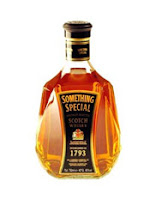 The competition, which is being supported with promotions in each of the six markets to encourage entries from artist and consumer alike, aims to show Something Special as an innovative and contemporary brand. The winners will be announced in October and an exhibition in Miami, Florida will follow shortly after.  The Enbotellarte Miami exhibition will feature the winning artwork, alongside work from renowned Latin American and Miami based artists.  For further information, visit www.enbotellarte.com.

posted by Whisky For Everyone at 7:26 AM