Within Inbox we aim to write a few lines detailing each press release/piece of news/PR event that we have received and provide links, where possible, for you to find out further information.  Check out what has attracted our attention this week ... 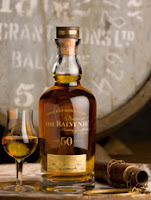 Balvenie - Raises bat to half century
Earlier this week David Stewart, the Malt Master for the Balvenie single malt range, celebrated 50 years of working at the distillery.  A private ceremony was held at Balvenie on 3 September, exactly 50 years to the day after David started as a 17 year old apprentice in 1962.  To commemorate the amazing achievement David has selected a single cask that was filled in 1962 and has been maturing for all of his 50 years service.

The Balvenie 50 years old has been selected by David from Cask #5576, which is a rare ex-sherry European oak cask, and there are just 88 bottles available.  It has been bottled at the natural cask strength of 44.1% ABV and is presented in a hand blown bottle and wooden casket designed by Scottish craftsman Sam Chinnery.  The whisky will be available through high end whisky and alcohol retailers and has a recommended price of £20,000.

Commenting on the release, David Stewart says “Cask 5576 and I have shared the last five decades together at Balvenie and as single malt making is as much art and alchemy as precise science, the interaction between wood and maturing whisky means each cask will produce something entirely unique.  I’ve been privileged to taste a lot of wonderful whisky in my time, but it’s a great delight to discover how after half a century this unique cask has turned out a truly special single malt.” 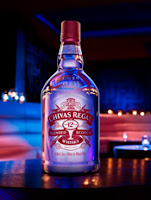 Chivas Regal - Size matters
One of the world’s leading luxury blended Scotch whisky brands has launched a magnum sized bottle exclusively for the on-trade – the Chivas Regal 12 Year Old Night Magnum. The Night Magnum is aimed at those party and celebration occasions where premium white spirits and Champagnes are served to groups (mostly C-list celebrities and Premier League footballers, we guess ...). The 1.5 litre bottle, which contains the regular Chivas Regal blend, has a metallic finish and a burgundy coloured emblem. It will be available in more than 30 markets, including China, Brazil, Japan, France and Malaysia.

James Slack, the Global Brand Director for Chivas Regal, says “When people purchase a bottle in an exclusive venue they are either ordering bottle-to-table vodka for the night ahead or Champagne to celebrate a moment. The Night Magnum will introduce Scotch whisky to these occasions, ensuring increased visibility for Chivas in the premium on-trade environment.” 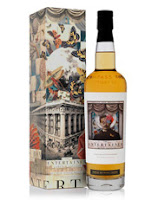 Compass Box - Time for entertainment
Those award winning artisan whisky blenders at Compass Box have teamed up with one of the UK's leading department store chains for their latest release. The new whisky is called The Entertainer and is exclusive to Selfridge's.  It has been created to celebrate Gordon Selfridge, the legendary bon vivant and founder of the department store.

It can only be purchased in one of their four department stores in Birmingham, London Oxford Street, Manchester Exchange Square and Manchester Trafford Centre, or via their website www.selfridges.com. Only 1,000 bottles have been produced by Compass Box founder John Glaser and the price is £84.99.  We will be tasting The Entertainer very soon and our tasting notes will follow shortly after that.  In addition, John Glaser will be speaking about and sampling the whisky in the wine and spirits department at the London branch today, between 4-6pm.
________

Label 5 - Photo competition
The leading Scotch blended whisky brand of Label 5 has launched a photographic competition this weeks which invites its fans to take a picture of the number 5.  The first prize is a five day trip to New York. The competition started on 3 September and runs for two months.  There is particular focus is countries where Label 5 is popular, including Australia, Belgium, France, Ghana, Japan, Lebanon, and Poland, but entries are invited from all over the world.

Five winners will be selected and announced on 20 December. To enter simply become a fan on the Label 5 Facebook page, then you take a photo that you think best represents the number 5 and upload it to Instagram with the tags #Catchthe5 and #NYC. There is no limit to number of photos you can enter.  Below is a short video to whet your appetite ... good luck!

posted by Whisky For Everyone at 6:35 AM

one of the biggest drinks brand owners in India. As I rifle through my reams of notes on liquor sales in India (seriously) I see they own Indian whisky brands such as Shot, investments