As with the previous weeks, this last week has proved hectic for all four of us as we have hit Christmas trading in our day jobs.  It has proved difficult to get any blogging done as a result.  Please bear with us over the coming weeks - posts will appear, but less frequently and when we have any spare time.  Here is what has caught our attention this week ... 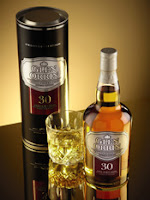 Aldi - New premium blend set for shops
The discount supermarket chain of Aldi is set to release a new premium blended whisky - the Glen Orrin 30 years old.  The whisky is named after Glen Orrin, which lies to the west of Dingwall and Inverness in the north Highlands. The whisky will be exclusive to the chain's 44 Scottish stores and there is sure to be some clambering to grab a bottle, especially when you consider the £49.99 price tag (most 30 year old blends retail around the £150-200 mark).

Aldi did something similar this time last year by releasing a limited 24 years old for £25.99 and an even more limited 40 years old for £49.99.  This Glen Orrin 30 years old consists of whiskies distilled in 1982 from unspecified origins and has won acclaim from Jim Murray in his Whisky Bible 2013.  There are 2,992 bottles (that's 68 for each store for those not so good at maths) and it has been bottled at 40% ABV - it will be on sale from 10am on Sunday 9 December.

Arran - Time for a bere?
The independently owned distillery of Arran have teamed up with the University of Highlands & Islands (the Agronomy Institute at Orkney College to be exact) to create a single malt whisky from Scotland's oldest known cultivated strain of barley, which is named bere.  The bere barley is notoriously difficult to grow commercially because of its low yield and is believed to have been introduced to Scotland by the Vikings over 1,000 years ago.

The new single malt was developed with the help of the university, as the Orkneys is one of the few locations where the bere strain of barley is still grown.  There are just 5,800 bottles of the Arran Orkney Bere available and it is bottled at a strength of 46% ABV.  The whisky has matured for eight years in ex-bourbon cask and is said to have matured "faster than expected".  It will be available from selected specialist whisky retailers from early December.  As yet, the price has not been revealed. 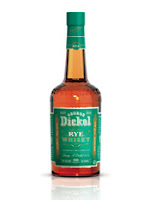 George Dickel - Adds some rye
The 'other' Tennessee whisky distillery has announced the release of a new whisky to its range - the George Dickel Rye Whisky.  It has been released following the recent surge in sales of rye whiskies and the increase in popularity of classic cocktails, such as the Manhattan, where rye whisky is a constituent ingredient. The new Rye Whisky has been created by George Dickel's John Dunn.

The George Dickel Rye Whisky is produced in small batches and uses a mash bill which contains 95% rye grain, which is sourced from the state of Indiana.  When fully matured it is filtered through charcoal and then bottled at 45% ABV (90° proof).  It will be available throughout the USA from the end of November and has a recommended retail price of $24.99 for a 750ml bottle. 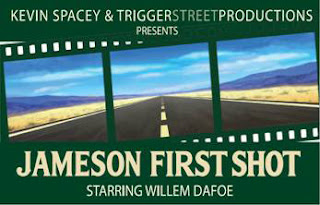 The world's biggest selling Irish whiskey brand has announced that its film competition will run for a second year.  The Jameson First Shot is aimed at aspiring film makers in three of the brands key markets - South Africa, Russia and the USA.  It invites them to submit a script inspired by one of the three themes - ‘legendary’, ‘humorous’ or a ‘very tall tale’ – by 1st January 2013 on www.jamesonfirstshot.com. The winning entry will produce their film with the help of Hollywood actors Kevin Spacey and Willem Dafoe, who will also be judging the submitted scripts along with Dana Brunetti, President of Trigger Street Productions.

In other news, owner Pernod Ricard has announced that sales of Jameson have blasted through the four million case mark globally (that's 24 million bottles!) for the first time.  One million of those cases have been sold in the USA alone, with the brand's sales increasing by +15% from last year.


Johnnie Walker - The King of Selfridge's
A couple of months ago, we wrote about Where Flavour Is King - the new advertising campaign for the famous Johnnie Walker whisky brand.  Well now, creative agency LOVE (working in partnership with set builders Millington Associates) have designed and built a Christmas version of the campaign in one of the windows of the iconic London department store of Selfridge's.  The store is well known for its innovative window displays and we have included a short video below that documents the creation of the window.  For more information on the Where Flavour Is King campaign, click here to read our article. 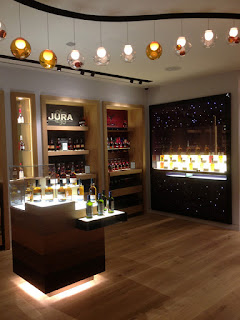 The UK's biggest specialist whisky retail chain has this week opened its most innovative new store yet.  The new branch of The Whisky Shop is located on Piccadilly, the famous street in central London, and is positioned opposite the luxurious Ritz Hotel.  The emphasis is on selling whisky as a luxury product. It is the chain's second store in London, with the other being in the City of London near St. Paul's Cathedral, and 21st in total.

The impressive and interactive store will offer customers over 400 different whiskies, including some of the rarest in the world such as the Dalmore Constellation Collection and Royal Salute Tribute To Honour, and the opportunity to learn about whisky and brand history via iPad technology.  We visited the store and took some photos - click here to see our Facebook album.

Andrew Torrance, Managing Director of The Whisky Shop chain, says “This is a very exciting development and we believe that whisky deserves to have this platform. We want to offer customers a very different retailing experience that is both accessible and can serve the needs of the most discerning whisky customer. The new store reflects the continuing success story of whisky and will combine prestigious and super premium whisky offerings with the high service standards that customers have come to expect from The Whisky Shop.”

posted by Whisky For Everyone at 11:48 PM