The last week has proved hectic for all four of us as we have well and truly hit Christmas trading in our day jobs.  It has proved difficult to get any blogging done as a result.  Please bear with us over the coming weeks - posts will appear but less frequently and when we have any spare time.  Anyway, here's the news that has attracted our attention this week ... 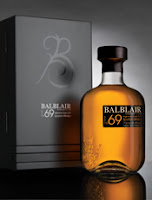 Balblair - New Vintage announced
The north Highland distillery of Balblair have announced the release of its latest Vintage single malt - the Balblair 1969.  The launch took place earlier this week in London and we were delighted to be invited ... a full review and tasting notes will follow.  The casks used were selected by distillery manager John MacDonald and it was interesting to learn facts such as the stills were coal fired and they did their own malting at the distillery back in 1969.

The Blablair 1969 Vintage is constructed from just four ex-bourbon American oak hogshead casks, which were filled in February 1969.  These casks have yielded 999 bottles and these are of the natural cask strength of 41.4% ABV.  The whisky will initially be launched to the American market with a price tag of $3,500 (that's about £2,500).  Further markets including France, Russia, south east Asia and the UK will follow in early 2013. 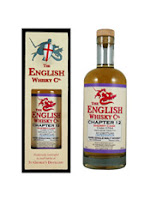 English Whisky Co - New Chapter released
The Norfolk-based English Whisky Company have announced the release of two new whiskies, one of which is the latest in their Chapter series. The Chapter 12 is an unpeated single malt which has been matured in ex-Pedro Ximenez sherry casks.  It is presented in their new style of bottle and packaging (pictured, left) and is bottled at 46% ABV.  There are only 480 bottles released in the first batch and each will cost £49.95.

The second new bottling is an extremely limited edition - the Chapter 12 Cask Strength.  As with the regular Chapter 12, this has matured in ex-Pedro Ximenez sherry casks but this time has a natural strength of 60.3% ABV.  It is released in their decanter style bottle and presentation tube and their are just 66 bottles in the initial batch.  Each will cost £65 and both bottles can be purchased from www.englishwhisky.co.uk or selected specialist whisky retailers. 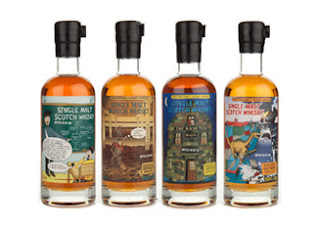 Our good friends at Master of Malt, the innovative online spirits retailer, have announced the second batch of whiskies in their That Boutique-y Whisky Company range.  The first batch, which was released a couple of months ago and will be reviewed by us shortly, seems to have gone down rather well. As with the first batch, the bottles feature a hand illustrated comic book style label and a black wax seal. The whiskies are available only through www.masterofmalt.com and are as follows ... 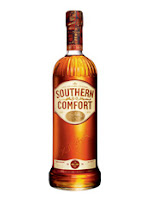 Southern Comfort - Comfortable in Oz
The whiskey based liqueur brand, which was created by New Orleans bar tender M. W. Heron in 1874, has launched its first new adverting campaign in Australia since 2003. The Whatever's Comfortable campaign will be seen on TV, cinema and social media, with supporting material at point of purchase.  The campaign features an extroverted character who is comfortable with his eccentric ways.  There are two adverts - one 30 seconds long and the other 60 seconds long.  To see the extended advert - click here.

posted by Whisky For Everyone at 9:55 PM