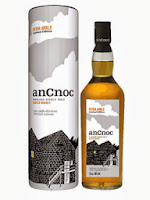 AnCnoc - Peter Arkle returns
The Highland single malt brand of AnCnoc, which is produced at the Knockdhu distillery, have announced the release of the fourth and final of their limited edition Peter Arkle series. The new single malt, entitled Warehouses, follows on from the previous Ingredients, Casks and Bricks bottlings which have been released over the last 18 months.  The series has seen renowned illustrator Peter Arkle working with the brand to produce four unique sets of packaging.

The AnCnoc Peter Arkle Warehouses is a combination of American ex-bourbon and Spanish ex-sherry casks.  The whisky is non chill-filtered and bottled at 46% ABV.  It will be available shortly through specialist retailers in selected markets including Germany, Japan, Russia, the UK and the USA.  The recommended retail price is £50 and there are just 6,000 bottles to be released.  For further information about AnCnoc or the Peter Arkle series, please visit www.ancnoc.com. 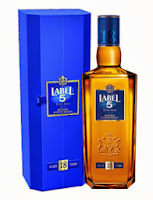 Label 5 - New premium addition
The popular Label 5 blended Scotch brand has announced the addition of a premium whisky to its range - the Label 5 18 years old Extra Rare.  The brand, which is owned by La Martiniquaise, has launched Extra Rare to give it a footing in the premium blended market.  It combines rare single malts (including some from their Glen Moray distillery in Elgin) and grain whiskies, and is presented in a fold-out blue case.  Details of strength, availability and expected price have yet to be published.


New distillery #1 - Glenrothes, Fife
Plans have been announced for a new micro distillery and warehousing facility in the Fife town of Glenrothes.  It is a joint venture between Indian drinks group Kyndal and Perthshire distillers John Fife & Co, with the project part-funded by Scottish Enterprise.  The opening date for the distillery, which is as yet unnamed, is predicted for 2015 and the aim is to produce Scotch single malt for the African, Indian and far eastern markets.

Rooma Bussi of Scottish Enterprise’s international arm Scottish Development International, said: "This is an exciting project. The Scottish whisky industry has seen major growth in recent years and now contributes over £4 billion annually to the economy. Emerging middle classes across India, Africa and Asia are trading up from local spirits to aspirational international brands, with Scotch at the forefront of the trend. There is a rapidly increasing interest amongst consumers, which is leading to new opportunities for smaller distilleries." 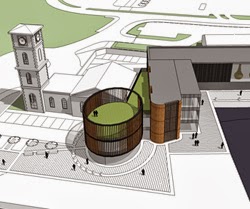 A group of Scotch whisky experts have submitted plans for a new craft distillery in the heart of Glasgow city centre.  If successful, it will be the first such distillery in Glasgow for over 100 years.  The group is led by ex-Morrison Bowmore man Tim Morrison and the plans involve turning Glasgow's iconic pump house building next to the River Clyde into a distillery and interactive visitor centre.  Subject to planning approval, the distillery is scheduled to be fully operational by the middle of 2015.

Tim Morrison said: “We see this project as having huge potential – not only for Glasgow, but for the tourism industry, the Scotch whisky trade and the whole Scottish economy. Our vision for the new distillery and educational visitor centre is that it becomes a part of Glasgow’s busy tourist trail – we anticipate it will attract more than 50,000 visitors each year.” 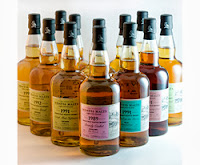 Wemyss Malts - Biggest set of releases yet
The boutique whisky company has announced its largest ever set of releases for its October outturn.  Wemyss Malts, which are operated by the Wemyss family, has bottled 12 single malts.  Each is from a single cask and the releases cover five of Scotland's whisky producing regions - Campbeltown, the Highlands, Islay, the Lowlands and Speyside.

Wemyss Malts use renowned whisky expert Charles Maclean as an advisor and as with previous bottlings, each one is named after the key flavour characteristics.  Examples in the latest batch include Toffee Glaze, Citrus Burst and Liquorice Swirl.  The casks range from 1989 to 1998 and are priced between £60 and £105.  The single cask nature of each release means that numbers of each are very limited.  They are scheduled for release in selected markets including China, France, Germany, Mexico, Taiwan and the UK.  For more information, please visit www.wemyssmalts.com.

posted by Whisky For Everyone at 7:23 PM