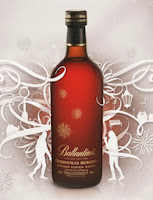 Ballantine's - Xmas is coming
The Ballantine's blended brand have announced the fourth release of its increasingly popular Christmas Reserve limited edition, which was first released in 2010.  This year's expression has again been constructed by the Master Blender for Ballantine's, Sandy Hyslop.  The blend is designed to show 'festive characteristics' such as raisins, cinnamon, fruitcake, ginger and orange, and uses the key Ballantine's single malts of Glenburgie and Miltonduff.

The 2013 launch is supported by an integrated marketing campaign named 'The Taste of Christmas'.  This aims to raise awareness and boost sales, both in countries where the Christmas Reserve has been released before and the new markets.  This includes a special Facebook app and Christmas Reserve Cinnamon Sleigh - a cocktail designed to highlight the festive characteristics that will be used to engage consumers.  It will be available shortly in 15 markets across the world with a recommended price of £30.

Sandy Hyslop said: “When I set about creating the Christmas Reserve, my aim was to reflect Ballantine’s brand values.  I carefully considered what Christmas meant to me; the sensory experiences from my life that had left the biggest impressions. Hopefully this has led to the whisky capturing the spirit of Christmas and evoking memories associated with this special time.” 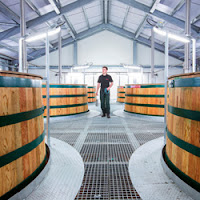 Diageo - Expansions completed
Scotland's largest producer of single malt has announced the completion of upgrading work at two of its Speyside distilleries.  Linkwood on the outskirts of Elgin has received over £5 million of investment, which will increase production capacity by 50%, and includes a new building housing six fermentation washbacks (pictured, left) and two new stills.

Mannochmore, which is also close to Elgin, has received a £9 million upgrade that will double the distillery's capacity.  The work includes a new stillhouse, eight new washbacks, a new mashtun and two new stills.  The work at both sites is part of a wider programme of expansion and upgrading by Diageo, the total cost of which will cost almost £1 billion.  This will help the company cope with the current high demand and further expected growth in the global whisky market.

Mike Jappy, Diageo's Investment Project Director said: “Both Linkwood and Mannochmore are important distilleries for Diageo, producing high quality single malt whisky for our world-leading blended Scotch whisky portfolio. Speyside is at the heart of Diageo’s distilling business and we look forward to progressing the next phase of our investment programme with further expansions in the next 12 months.”

English Whisky Co - Next chapters begin
The Norfolk based English Whisky Company have announced the latest two additions to their Chapters series.  The Chapter 14 has been matured for a minimum of five years in ex-bourbon casks, and is and older version of the popular Chapter 6.  The Chapter 15 has undergone the same maturation but is peated.  Both are bottled at 46% ABV and cost £44.99 - they can be purchased via www.englishwhisky.co.uk.

They have also released a cask strength version of each of the new Chapters - the Chapter 14 Cask Strength has again been matured in ex-bourbon casks for a minimum of five years.  The peated Chapter 15 Cask Strength has also followed the same maturation.  There are just 199 bottles of each and they are priced at £75 per bottle. 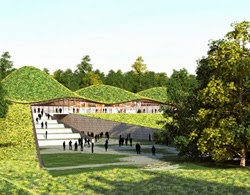 Macallan - New distillery?
The Macallan has announced radical plans via The Spirits Business to mothball the existing distillery site and build a new contemporary distillery and visitor centre.  The move is designed to significantly increase production capacity for the brand, which is known to be struggling to meet demand from across the world for its high age statement whiskies in particular.

The project, which is still subject to planning permission, is expected to cost Edrington (The Macallan's owners) £100 million and create many employment and economic benefits for the local Speyside area.  Edrington have teamed up with architects Rogers Stirk Harbour + Partners, who have created design likened by online commentators as "a cross between Tellytubby Land and Hobbiton".  If planning is granted, the new facility is scheduled to be operational by Spring 2017.

Ian Curle, the Chief Executive of Edrington said: "This is a confident investment in the future of The Macallan and its home on Speyside. Our plan for the estate includes a contemporary distillery that embodies the international style of The Macallan and builds on the brand’s tradition of quality and craftsmanship."

posted by Whisky For Everyone at 7:09 PM

eToro is the ultimate forex trading platform for rookie and advanced traders.