Adnams - First single malt announced
The Copper House Distillery, which is located in the town of Southwold in Suffolk and owned by the well known brewer Adnams, has announced the imminent release of its first single malt whisky.  The distillery started production in 2010 and has already released a range of other award-winning spirits, including gin and vodka.  Master Distiller John McCarthy has hand selected the casks for this initial release, which is named Single Malt No.1.

The Single Malt No.1 has been matured in new French oak casks and is joined by a second release - the Triple Grain No.2.  This has been matured in new American oak casks and has been produced using East Anglian barley, wheat and oats.  Both are released at 43% ABV and will be available from December 5 via www.adnams.co.uk, the company's Cellar & Kitchen chain of stores and selected specialist retailers.  Details of pricing was not included in the press release.

John McCarthy says: “We are incredibly excited about the launch of our whiskies. We are expecting high levels of interest from whisky enthusiasts and Adnams fans alike. The next release will not be until later in 2014. We have tasted both spirits as they have matured in the oak barrels and have been extremely pleased with how the flavours have developed. We are now looking forward to hearing what people think.” 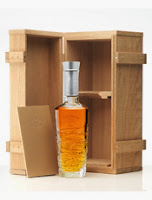 Bowmore - Bottles auctioned
The popular Islay single malt brand of Bowmore have announced that bottlings of theirs have raised over £100,000 at a charity auction recently.  The auction, which was held by The Worshipful Company of Distillers in mid-October, raised £250,000 in total with 55 bottles sold.  The star of the show was a bottle of Bowmore 1964 (pictured, left), which comes in a bespoke casket and hand blown decanter.  This went for £61,000 making it one of the most expensive whiskies to be ever sold at auction.

Mike Keiller, the Managing Director of Morrison Bowmore Distillers, said: “To see the Bowmore 1964 reach £61,000 gave me a real sense of pride. It means that some very worthy good causes will receive a significant financial boost with Christmas approaching. It is also a reminder of how Bowmore’s unique history and reputation continues to be demonstrated via the exceptional prices paid by collectors at specialist auctions.” 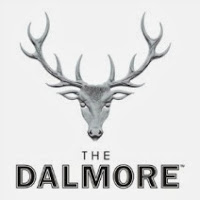 Dalmore - Ask 'The Nose'
Ever wanted to ask a renowned whisky industry figure a question?  Well, now you can.  Richard Paterson, the Master Distiller of Dalmore and parent company Whyte & Mackay, is taking to Reddit for a special whisky 'Ask Me Anything' session from today.

Paterson, who is known as 'The Nose', has been at the Dalmore distillery for over 40 years and has created many expressions of Dalmore, including the King Alexander III, The Constellation Collection and the recently released 25 years old. To contact him, simply post your questions on the Whisky Reddit pages www.reddit.com/r/Scotch/ and Richard will reply to as many as he can during the next week.

posted by Whisky For Everyone at 8:01 PM